Erectile Dysfunction and the Infidelity Cure 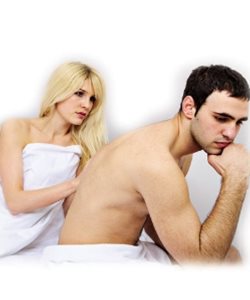 http://www.findhomeremedy.com/best-home-remedies-for-erectile-dysfunction/
The pills don't work, nor does the therapy, or the lifestyle changes. He even gave up smoking. But, a quick kiss and cuddle with a comparative stranger.... What would you do next?
It was one of those things that you hear about that definitely fall into the TMI category. Too Much Information.

It was a friend of a friend (of a friend), sort of thing. Mid-fifties, happily married, and deeply in love with his wife of thirty years. He was also silently suffering through a case of ED that no amount of lifestyle changes... and apparently he had tried them all... could remedy. His doctor was offering the usual array of tablets, but our friend had turned them down. If he was going to make love with his wife, he wanted it to be his body that responded to her charms, not an unnatural chemical reaction. Which, I have to admit, I admire him for.

However, what do you do if the pills are a no-no? It wasn’t a communication issue - apparently he and his wife talked about the “problem” as all-inclusively as he and his doctor had. It was just one of those things.

Then, one night at an office function, a woman he knew to say “hello” to at the coffee machine ... okay, let’s not surmise the details here, and certainly not apportion blame. However, he ended up giving her a lift home, and, while he did not go any further than her stoop, and while they’d said their goodbyes in a matter of minutes, a hug became a peck. The peck then became a longer-than-necessary goodnight kiss, and our friend drove home with the most insistent hard-on he had experienced in years.

The hard on then promptly subsided when he got home.

It was then revived a few days later, when he saw the woman at work again.

Do we know where this is going? Probably not. To the best of my knowledge, our friend has never acted upon the insistence of his erection. He and the woman remain workmates who maybe shared more than a quick kiss one evening, and while that moment of intimacy probably broke down a few of the barriers that normally are erected between workmates, I don’t believe there has been any impropriety. Or even an attempt to repeat that one indiscretion.

The question is... or at least, the question that I was asked when this incident came up in conversation is - should our friend tell his wife (or doctor) what happened?

Has he discovered both a cure for his ED, and more intriguingly, evidence that he is not suffering from ED at all?

Search ED on the internet, both here at SexIs and beyond, and there are probably as many causes for it as there are sufferers. I talked about one in an article a while back, and we could probably fill the rest of this page with others. All the causes have proven provenance, all with medical or psychological pedigrees. However, there is one that doesn’t seem to get mentioned so much, and I wonder if maybe that’s where our friend falls. Maybe a lot of other men fall there, too.

No, no it’s not. Over-familiarity, maybe? He’s been married thirty years. They have, from all I can gather, an active and open-minded sex life. They’re happy together.

Still, thirty years is a long time. Some of us reading this have not even been alive that long. Others, who have been in long term relationships, will admit that the sexual luster can sometimes wear off after thirty months. Weeks. Or even days. It doesn’t matter how much you love someone, how much you want to pleasure them, or how much you enjoy those moments of togetherness.

The human sexual response is fired by more than conscious desire. It sparks subconsciously, as well. Maybe it needs a challenge. Maybe it needs surprises. Maybe, no matter how much two people want to make love, it thinks “been there, done that,” and just shuts down. No amount of conscious attempts to reopen it by doing something “new” or “adventurous” will work; it knows that the pot of gold at the end of this exciting new rainbow will be the same one it has been pawing through for the last thirty years.

It’s awful! Of all the tricks that your body can play on you, taking control of your sex life without even warning you what’s happening is one of the lousiest. Then, showing you a solution that goes against everything you stand for... well, that’s just evil.

We cannot help who we fall in lust with, of course; at least we can't help it any more than we can help who we fall in love with. Both are such distinctly primal instincts that we still cannot explain how they work. If we cannot control who we fall in lust with, then we can’t explain who we fall out of lust with. At college one night, a good friend and I tumbled into bed, expecting to experience a passion that was at least as intense as our friendship. Instead we fumbled around for fifteen minutes and then admitted, almost at the same time, “sorry, I just don’t think this is going to happen.” We were friends, and that’s all we were. A few night later, on my way home with somebody else, I saw him on the way out with another girl. Our lust was still intact; it was just selective about who it was expended upon.

Or what? I don’t know what I’d suggest in this situation, as I don’t know what I’d do. Should he tell his wife? There’s a lot to be said for honesty in a relationship, but there’s a lot to be said for avoiding conversations and situations that you have good reason for suspecting might prove painful. No matter how he couches his language, it still comes down to, “I just don’t fancy you any longer, but there’s this girl at work who makes me burst out of my pants when I see her.”

He might hope that his wife will say “that’s great, sweetie, you should take things further so at least we know whether you actually have ED or not,” and dispassionately I’m sure a lot of us are thinking, if she really loves him, then that’s what she’d do. Who knows, if he gets his mojo back with one woman, it might well return with his wife as well. However, we know she won’t, because which of us would? Or. if she does, she’ll be hoping that he’d laugh and say “no way.”

So, there you have it. A guy with what he considers to be a debilitating and soul-destroying case of ED and he suddenly discovers that the cure is just a few steps away. There’s not a decent, moral, thing he can do about it, either.

What would you do?
Tags:
Views: 1818
Related articles