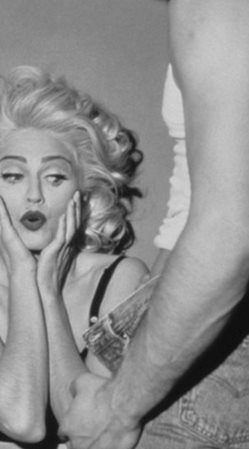 We turn to literature, but it is rarely any help. Unless a writer is really into blow-by-blow descriptions (sorry... appalling pun), the sucking and blowing is paramount still. And, if you move onto the world of triple x films, whether professionally shot or casually iPhone'd, nine times out of ten you’ll get no change in scenario there. Because, while she is clearly trying to suck, she is gallantly blowing the tip... it is all so goddamn literal!

It’s also why a lot of women don’t, or don’t like, to do it. They’ve read, seen, or heard “how it’s meant to be done,” and for a variety of reasons, it does not float their boat.

We will concentrate here on physical reasons. There are other reasons, ranging from matters of hygiene (real or imagined) to a mass of psychological aversions, and future articles will talk about them. However, from my own conversations with both men and women, and correspondence with readers of my articles and fiction, it’s the actual mechanics that deter or disturb the most women; many of whom would actively love to be able to give their partner what they know he’d like, if only they could get past the discomfort.

We’ll focus on the three most common deterrents.

TMJ (Temporomandibular jaw disorder... a lot of sufferers don’t know that, apparently). If you can barely get your toothbrush inside your mouth, and the mere act of eating is a minefield of pain and popping jaws, what hope do you have of closing your lips around something the size of the average penis?

An active gag reflex. Again, the toothbrush test. If you can’t comfortably brush your own back teeth without setting that damned thing off, what hope does hubby have of tickling your tonsils?

And, finally, it just won’t fit, and it doesn’t matter whether he’s “too big” or your mouth is “too small.” We have what we have, and sometimes they’re just not compatible, which is something I believe every man should bear in mind when he’s reading through his spam e-mail and clicking on the links that promise an extra three inches. You may think a massive willy is the answer to all your prayers, but don’t assume that the ladies will agree. (Believe me, a bruised cervix hurts like hell.)

Popular expectation number one: you have to put the thing in your mouth. The whole thing, if possible (the old deep throat fantasy), but always as much as you can.

No. Not every guy is going to agree with this, because there is a visual and a psychological context to receiving fellatio, which does adhere to the clichés. However, while you/he can use your mouth as a substitute pussy, and that packs its own raft of pleasures for you both, it’s also a little like using a tow truck to take the dog for a walk. There is so much more you can do with your mouth, none of which involves setting off either of those tiresome ailments that we mentioned before, and don’t demand you cram a full-sized armchair into a closet the size of a stool, either.

So, what if the girls on the tube sites just devour that thing without a second thought? You’re not them, and he wouldn’t (shouldn’t) want you to be. “You think that looks good? Well this is going to be better.” Don’t be bullied by perception, particularly other people’s. Maybe “mouth music” is a good term after all, because you’re going to play your own tune, and he’ll be dancing to it long before you are finished.

You have a tongue, use it; long slow licks from balls to tip. You have teeth, use them; gentle (or otherwise... he’ll let you know) nips to shaft and helmet. You have lips; warm kisses, with your lips parted just far enough that he feels the pressure without you feeling discomfort.

Back in college, I had a boyfriend who I swear was built for three. He was an ass in so many ways; I’m surprised things ever went as far as they did. However, one thing he told me has remained me with ever since, because in this case, he knew what he was talking about. I doubt whether any woman had ever managed to actually give him a full-blown blowjob, because that’s how big he was. So, he bought me an ice cream cone, watched as I delicately took the baby bites that you do, and smiled as I licked up the melting drops... you know exactly where this is going, don’t you? “You should do that to me,” he said. Which I did, and I can honestly say, it’s one of the best pieces of advice I’ve ever had.

So, you have your ice cream cone, and you’re yummy-ing away, and your hand is responding to any requests for speed and pressure he may offer. Now it’s his turn to make some ice cream. Which again, insists those tired old expectations, should be done as close to the back of your throat as you can. (Assuming, of course, you want it in your mouth.)

There are a couple of asides that you may also want to consider. A sensitive gag reflex can be calmed by relaxation - and the above procedure is very relaxing, unlike having your face fucked by a piston engine. TMJ is often treated (among other procedures) by gentle exercise, too -- which the above procedure also encourages.

So, start slow, start gently, think of that lovely ice cream. You wouldn’t pig that down in one greedy mouthful, would you? Why would you do it to your man, then?