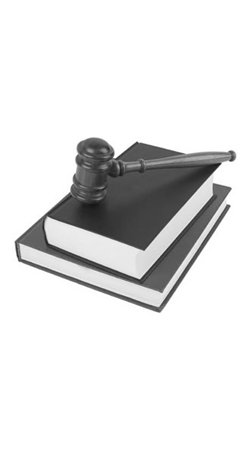 What defines ethical sex? Consent and age are the usual definitions, but what happens when dangerous sex gets dangerous, but consent seems clear? That's where questions get tough and answers become murky.
As Fifty Shades of Grey fever continues to intensify, a trend has begun to hit local personal sections -- countless ads of people claiming to be submissives, some “eager to learn,” others just claiming to be subs and many including the hashtag #shadesofgrey. The idea of a popular book introducing people to sexual activities with elements of danger prompts the question, just what is ethical in sexual activity?

What about instances where consent is crystal clear, but the acts are so potentially dangerous that simple consent is not enough? Consider the fetish of feederism, an act where people attain sexual gratification from feeding or being fed until fat or obese. If both people are consenting and derive sexual pleasure from their role, does the danger of extreme obesity override personal autonomy?

If both are consenting, justification for intervention could be if the fetish acts are endangering lives of dependent children, immensely burdening their family, or draining societal resources. Society has the right to protect children and spouses that suffer from these activities and to prevent resource wasters. Yet most solutions to these problems would open the doors to more ethical quandaries.

The first is that it opens up regulation of anyone that utilizes a substantial amount of communal resources. Examples from the health insurance industry would be lifetime caps, preexisting conditions and refusal of coverage. Further, in regards to the family concerns, prohibiting dangerous sexual acts might justify restricting other dangerous activities such as hang gliding, skydiving or rock climbing, transferring life choices from the individual to the government.

There are, of course, instances where it’s not asking too much. A pedophile may consider being with children to be as important to their sexuality as gender is to other people, but the cost -- allowing sexual conduct with minors -- is too great. Yet the costs here are nowhere as horrendous.

Finally, what if there is neither societal justification regarding resources or innocents, nor consent problems? It’s just two people engaging in potentially dangerous sexual acts. Should the will of society, be that the government, public condemnation, or familial pressures, be utilized to protect one or both persons? This raises a potential and immediate danger.

The immediate problem is that it only bolsters society’s ability to assert its will over the individual’s. In this scenario, both participants are adults, have weighed the risks, and made a decision that most would not. Shouldn’t they be allowed that autonomy? In many cases, from feederism, to casual sex, to prophylactic use, all the way back to sex before marriage, society answered no.

That’s the potential danger of permitting intervention into the bedrooms of consenting adults, it spreads. For decades the individual’s autonomy over their sex life has grown, allowing for legal condom use, abortions, premarital sex and a culture where a book about bondage is a best seller. Once society decides it should intervene in situations where age and consent are not factors, how long until this freedom recedes again?

The subjective and inconclusive nature of this article was intentional because there aren’t any clear answers, or, if there are, I do not have them. Sexual debates are oftentimes echo chambers without real debate, beginning and ending with consent. Yet, as was elaborated here, more complex debates lie beneath the surface, and they don’t have easy answers, but hopefully they will have more people trying to answer.
Tags:
Views: 1523
Related articles