Talking About The First Time 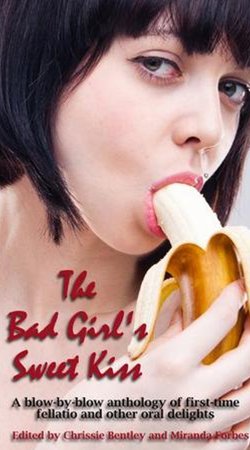 Back in my early college days, in those oh-so distant late-1990s, I found myself reading and furiously disagreeing with a book called The Body Project. “An Intimate History of American Girls” is the subtitle, the author is Joan Jacobs Brumberg, and in as much as it crams close to 170 years of adolescent teenaged female sexuality into 214 pages, you can guess it’s a fairly swift read.

It is also a fairly conservative one. Well-meaning in content and scholarly in tone, the book nevertheless came down firmly in favor of the notion that, when it comes to sex, teenagers really don’t know what they’re doing, what they want, or what they are getting themselves into. A generalization which includes those who patently did. Either way, I have to admit, I came away from The Body Project with what I would describe as a seriously bad taste in my mouth. And not because of the things I’d been putting in there, either. Although, according to what I was reading, nobody would have blamed me if that had been the cause.

The first clause? To please the boyfriend? Well, you can’t argue with that, either, because you’d hardly be doing it if you thought it would piss him off. (And we’ll get to that later.)

I wanted to disprove that statement. Not for the benefit of the author. Not even for personal satisfaction. I wanted to disprove it because I cannot (or do not want to) believe that the majority of people receive such an unpleasant introduction to an act that is...fill in your own adverbs here, but I’ll go with “intimate,” “beautiful” and “fun.”

Now, I’ll admit I’ve heard some horror stories, and I brushed against one in another article I wrote here, recalling “the first time you were making out with a guy and he put his hand on the back of your head and... push[ed] your face down to his cock.”

Which can be traumatic (or so I’ve heard). But it can also be the hottest thing you’ve ever experienced.

Some girls resist, others shrug and say “what the hell.” Some will never overcome their initial distaste. Others get used to what are indeed an array of funky flavors and odors...my first time, my first shock was being sure that I could smell pee. Only faintly, but it was definitely there and I rifled through every past fantasy I’d ever had, and every word I’d ever read, for the tiniest hint of a warning that such a sensation awaited me. I never found one. But I mentioned it to a friend one day, and another and another, and the fact is - boys? I hate to tell you this, but...

It was a joke, right? An ironic twist, a thoughtful contradiction. Or...

I’m not going to say that my first time was with a Chandler. Far from it, as it turned out. But I still waited until I’d been invited before doing what I’d spent so long dreaming of, and here’s something else you don’t read about too often. That first time, nobody expects the girl to be certain exactly “what to do next.” Well, I don’t believe guys are that sure, either. Not in my experience, anyway. And so the two of us lay clamped, unmoving, together, his cock in my mouth or my mouth round his cock, and both of us thinking “okay... what happens now?”

You figure it out fairly quickly, of course. It may take a few minutes, it may take a few tries. But you get there in the end and, so long as nothing takes place that you consider untoward, there’s a lot of other first times to look forward to. And many more to learn about from stories and pictures and clips on the tube-sites, but best of all from your own imagination. Yours and his.

To repeat what it says in The Body Project, “few studies...exist on oral sex among teenagers,” from the past or into the present. It’s time, I hope you agree, to change that dour scenario.
Tags:
Views: 2581
Related articles