The Slavette Diaries: You Might Be a Slave If… 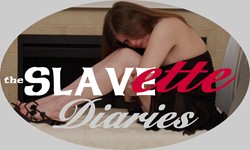 A humorous glimpse inside the lives and minds of slaves

Disclaimer: The following list is presented for entertainment purposes only. Reader assumes all risks and management makes no warranty of usefulness regarding the contents. Any resemblance to persons living or dead is not coincidental. This list should not be confused with the requirements for membership to the Intercontinental Slave Union. Check with your local chapter for eligibility guidelines.

Few creatures pose more puzzlement to scientists than the elusive homo sapien slavius or slave. In fact, our lack of understanding of this species and its close resemblance to the ordinary homo sapien make it almost impossible to identify with complete certainty. However, although slaves’ behavior can be erratic and contradictory, case studies reveal common, if not unifying, patterns and traits. The characteristics below are not exhaustive, but are offered as a starting point for those who suspect they may be a member of this rare species. This list can also be incorporated into the field guides of those who seek to track (and perhaps capture) one of these fascinating creatures.

And, finally, the most important clue that you might be a slave (drumroll please)…

• You’ve heard people say that you are not a “real” slave—and you’ve wondered if they were right.
Tags:
Views: 1723
Related articles


My "leather resume" shows my extreme administrative masochism tendencies. With my first Master, I was honored to receive the 2001 Pantheon of Leather Couple of the Year Award, Pantheon of Leather Small Event of the Year Award (Together in Leather 2004), and International Master and slave 2002. I have been a founder and board member of several groups, given over 200 workshops across the US and Canada, co-produced a leather event (Together in Leather), and helped launch what became known as the "Leather Girl Movement".


In addition to being an author, I am an avid reader, a certified geek, and have an addiction for a select few reality TV shows.


Although "one size does not fit all", small or medium will work well if anyone wants to buy me presents. There are soooo many things on my wish list that really need to be in my closet, on my body, or thrown in a pile in the corner of a bedroom...