Postcards From A Sex Nerd: Got Rope? 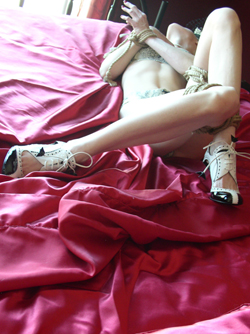 © Midori 2005
Imagine a weekend at the friendliest place on earth, with the nicest people, who are sharing and playing well with each other. Now remove the acoustic guitar and accompanying folk music from that image — and replace it with hemp products. In this case hemp is used for ropes and tying, not smoking, because we’re at ShibariCon .
A fixture now in the kinkdom calendar of events, ShibariCon is an annual festival of rope bondage – a rope-a-palooza of sorts. Held each year over Memorial Day Weekend at the Chicago O’Hare airport Hyatt, it draws over 700 people passionate about rope bondage.

ShibariCon was founded in 2004 by a tall, lankily handsome, be-Mohawked man called MorTis. I remember meeting him sometime around 2002 at a rope class I taught in Chicago, where he talked to me about hoping to organize a proper conference for like-minded people. I thought it a cool idea, but had no inkling as to what that burgeoning idea would become.

The event is an international draw, attracting presenters and attendees from Israel, Germany, UK, France, UK, Australia, Mexico, and Costa Rica. Of course Canada and the USA were well represented at the event, now in its seventh year. 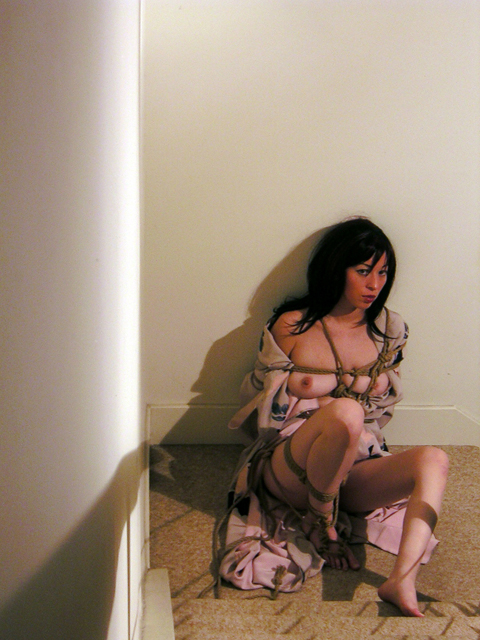 Today ShibariCon is produced and directed by Diana. She originally came on board as the administrative assistant in 2003. Over time she took over creating the programming and schedule, then becoming programming coordinator. Eventually, she became the sole producer and director in 2007.

ShibariCon has continued to evolve under Diana’s direction. With positive changes such as moving the event to a posh location, expanding the vendor area and honing the education track, she’s increased the quality of the event. She’s also actively reached out to the gay men’s leather community — which happens to be all over Chicago that same weekend each year, while International Mr. Leather happens across town.

The continued growth and popularity of this event lies in two factors; the adherence to its mission of education, and the development of a dedicated group of advisors, staff and volunteers.

Like a handful of other kinky events, ShibariCon is doggedly focused on its mission of education and community connection for the attendees. The event tag line is “Learn/Experience/Share” and they take that seriously. Walking through the event, at any given moment you’ll likely see small groups of people huddled and teaching one another some cool new skill they developed or picked up in a class. The event encourages individuals to learn and take what they learn back to their home community.

What you’ll find at ShibariCon:

- Classes and presentations on rope bondage, of every style, not just Japanese style, taught by really amazing instructors.

- Classes for all levels from the “can’t tie my shoe laces” novice to the deeply experienced.

- Lots of play at their huge nightly play parties, with ropes flying everywhere until all hours of the night.

- Lots of rope vendors and related toy and gear merchants.

- A casual and friendly atmosphere. You have to try very hard to not make friends there, as people tend to come up and start chatting with those who seem lonely or new. 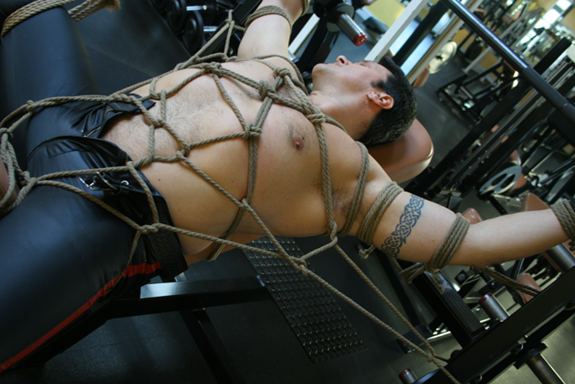 What you won’t find at ShibariCon:

- Emphasis on fetish attire or a fetish ball style dance event. For those of us who crave the shiny, pervy or leathery from time to time, save it for Torture Garden or other similar events.

- Bondage modeling and professional photographers trolling for business or marketing their services. While the photographers and models do attend, they come as their individual selves and leave the business face outside. It’s an event for people who play with rope in their private lives.

- Intercourse or sex involving genital contact in the common area or at the parties. There’s plenty of hot and heavy sex going on in private hotel rooms and party suites, but the event is concerned about creating a safe space for education to blossom. “Wet sex” in the common areas would likely bring in the creepy lookie-loo types hoping and trolling for hook ups with hot babes. Additionally this allows them to keep a good relationship with the host hotel and local authorities.

- Cameras. There’s a strict no-camera or camera-loaded electronic device to protect the privacy of the attendees. Along with privacy protection, I feel that this policy also keeps the event focused on personal passionate play and not on creating posed products.


A friendly and casual atmosphere for learning is the over all feeling at ShibariCon. Not only are people finding enduring friendships at this event, but they’re also finding soul mates. In 2008, ShibariCon became the backdrop for a wedding. Two attendees, who met at the event, decided to have their wedding back at ShibariCon. It was officiated by one of their long-time presenters and surrounded by some of their closest friends, who they'd met at the conference.

ShibariCon has a reputation as one of the best kinky events to attend, for first-timers. It’s low key, not high-protocol, with a casual and friendly atmosphere. There’s no formal dress code and many attend in variations of street wear to workout clothes. Some do dress up, especially for the evening parties. It’s such a personable event that many say that the first time they come, they come alone, and leave with life-long friends. Any rope-bondage fan should mark their calendar to attend next year.