Clubbing and Coupling: Couples-Friendly is the New Gentlemen’s-Only 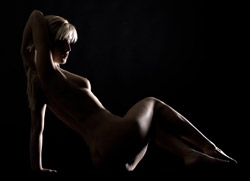 Once the realm of just dudes, strip clubs are now increasingly the domain of frisky couples with a hankering for a bit of harmless naughtiness.

Let’s play a little game of Where in the World is Rydell Johnson?

It’s dark; the only illumination is provided by the soft glow of some incandescent stage bulbs and a few strategically placed blacklights. There’s music booming, too. Most likely either AC/DC’s “You Shook Me All Night Long” or anything by Lady Gaga. The men are dressed in everything from khaki shorts and college t-shirts to Armani suits with John Lobb loafers. The women’s outfits aren’t quite as diverse. Most sport tiny g-strings and huge platform heels.

Seems easy, right? Okay, but wait. Here’s the final clue: That’s Mrs. Rydell Johnson sitting at the corner of the stage, bopping along to “Poker Face,” and marveling at the size of g-strings and high heels … and some of the ladies’ other more noticeable accessories.

There you go. Consult your notes, do some deductive reasoning. What do you think?

If you said a party at the Playboy Mansion, I appreciate it, but you’re giving me way too much hipster street cred. The answer, in fact, is a strip club in Any City, USA. But if you’re playing along at home and that last piece of evidence—Mrs. Johnson as accomplice—threw a monkey wrench in your amateur sleuthing, I’m not surprised, and you shouldn’t be embarrassed.

It wasn’t too long ago that a wife at a gentlemen’s establishment was simply unheard of. (Sort of like a random, unconnected freelance writer at a Playboy Mansion party.) Strip clubs, after all, were the places where dudes went for bachelor parties, businessmen went to celebrate their latest deals, and lonely guys went to gawk at what they thought they were missing at home.

Times have changed, though, and many strip clubs have evolved from gentlemen’s to couples-friendly establishments. Some places even promote this more inclusive attitude by offering women reduced-price drinks or free cover. So perhaps the most interesting thing about this scenario isn’t where in the world I am, but rather why in the world my wife, Susan, is with me. Why would I want her there, and why would she want to be there?

My immediate response is simple. I like to hang out with her. That’s it. I’m not much of a guys-night-out sort of guy. After 13 years of marriage, Susan is my best friend, and I’d just as soon spend my leisure time with her, whether that means sitting at a bar watching the big game or sitting at a stage watching the big tits.

Still, the more I mull it over, the more I believe there’s something else at work, too. Like most guys, I think girl-on-girl sex is hot. Even hotter is the thought of Susan entrenched in an all-female tryst. A trip to a strip club—where the majority of dancers are plenty enthusiastic about giving attention to lady customers—is a safe and accessible way to realize at least part of this fantasy.

The fanciful qualities of a night at a strip club are not lost on Susan, even if she does have a slightly different take on the whole scene. “For me, it’s not so much about the girl-on-girl thing as it is how sexy and confident it makes me feel,” she explains. “First of all, I get to dress more provocatively than if we were just out for dinner and a movie, and then we go to a place where all these men want so much attention from the dancers, but I end up getting just as much or more.

“They come over to our table and tell me I’m beautiful or that my skirt is hot, run their fingers down my cheek and whisper in my ear. They make me feel desirable. I know it’s their job—they’re damn good at it—but in the moment, I’m more than willing to take their compliments and run with them. It gives me the confidence to put money in my cleavage and let them fish it out with their teeth. I know all the guys are watching us, that right then I’m the center of the show. And I’m happy to admit that it’s a big turn on.”

Ultimately, it turns out, Susan’s reasons for being at a strip club are really very similar to why I like to have her along. “It’s something fun to do with my husband,” she says matter-of-factly, “and it’s kind of naughty … but naughty in a controlled environment.”

One and (Almost) Done

A controlled environment is one thing, but controlling the environment is totally different. Case in point: my 30th birthday. Per my request, Susan had invited a few other couples to join us for dinner and a nightcap at one of the city’s popular topless spots. It was going to be our first strip club outing together. Unfortunately, it was also going to be a disaster.

“I was definitely uncomfortable from the start,” Susan says. “I felt like I was going somewhere I wasn’t supposed to be. I had no idea what to expect. I thought it would either be like the grimy strip clubs you see on TV crime shows or Flashdance, with the girls actually doing some sort of choreographed routine.”

It was neither, of course. “Once we got through the door, I sort of re-set my outlook,” Susan recalls. “We got a table, and I took a deep breath. ‘Okay,’ I thought, ‘I don’t feel like I’m in an episode of CSI. Nobody is looking at me like I shouldn’t be here. And the girls aren’t wearing leg warmers and oversized sweatshirts.’

“Things were pretty good at that point. I was still out of my comfort zone, but I was warming up to it. I could see how it could be fun.”

Other members of our entourage, however, did not see the potential for fun on the horizon. Originally, the group dynamic was meant to be supportive—a “we’ll-all-do-this-together” attitude. But the plan backfired.

Our friend April was suddenly consumed with guilt about how we could possibly be good parents if we were at a strip club, and Pam was having second thoughts about her fiancé’s upcoming bachelor party. Since Susan invited them, she felt responsible for their enjoyment, or lack thereof.

“Any time you’re the host, you want everybody to have a good time, and they absolutely weren’t,” she says. “It ruined the entire night because I let the way they reacted to it affect the way I felt. I didn’t experience it for myself… That’s why I think the first time you go, you should definitely just go with your boyfriend or husband.”

1. Go on a busy night. It’s fun to be the center of attention, but it’s comforting to be able to blend into the crowd, too.

2. Pick a club with plenty of off-stage seating. I like to sit and observe in the background and then go to the stage to participate when a girl I like is dancing.

4. Keep your cash accessible, but concealed. One night I thought I was being cute when I stuffed three $20 bills in my bra and left the corners just barely exposed. As soon as I sat down, I had a dancer grinding in my lap, which was great, but when she reverse rolled back onto the stage, my $60 inexplicably went with her.


A couple years later, that’s what we did. “The disaster of that first time didn’t have anything to do with us,” Susan says. “I wanted to give it another shot without the external pressure.”

So on a Saturday night, after a concert, we walked into a club with no expectations and only ourselves to think about. The first time we sat down at the stage, a dancer named Brandi gyrated over and squatted in front of Susan. “You’re smokin’,” she said.

“Give me some money,” Susan told me.

I did, and she put it in Brandi’s fire engine-red thong. Brandi took it out and stuffed it in the breast pocket of Susan’s shirt. She repositioned herself on her knees at the edge of the stage and ran her hands up Susan’s sides and over her tits before retrieving the dollar bills. The crowd erupted and cash flooded the stage.

And not to be melodramatic about the whole thing, but it really was one of those “big moments” in our relationship—you know, buying our first house, having kids, our first successful experience with a stripper. “It was so liberating,” Susan reveals. “I discovered what it was to be sexy that night, how to own it.”
Tags:
Views: 1165
Related articles