The Whore Journals: Part 18—From Slut to Whore

by The Beautiful Kind Published: November 01, 2010 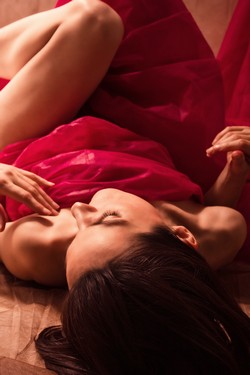 I was scheduled for a photo shoot today but the photographer cancelled at the last minute. Grr. I had about five minutes to feel disappointed and then my massage therapist called and asked if I was available. Sure, I’ll trade a photo shoot in for a massage …

Later I had another repeat client, and it was a nice time. Another day, another dollar.

I finally met with an attorney from Illinois. We had been corresponding for a month. He was tall, thin, 55, spectacles, a bit dweebish, but very nice. He was very excited to meet me, and we shed our clothes. When he pulled down his boxers, I burst out laughing. I had no idea this dude was so HUNG. Luckily he didn’t mind me laughing at his member. I just couldn’t believe the guy had that kind of cock! I reached for a Magnum and he filled it up, and then he filled ME up. It was really nice, really intense, and an altogether good time.

That evening I went out to dinner, just-as-friends, with a blind man I met online. He was interested in me, of course, but I’ve made up my mind not to have sex with anyone from now on unless I’m really excited about it or getting paid. I’m tired of giving it away for the hell of it, dammit.

I tried to get him to open up and tell me what his deep dark secret fetish is, since I think everyone has one, and he refused at first, saying we just met … but finally I got it out of him that he’s interested in dogs, experimenting with them and women. He told me he pulls up videos online of dogs playing and the sound of panting alone keeps him excited for days. He agreed that the dog has to be into it in order for it to be arousing, that no one should be pressured. It was an eye-opening evening.

A Visit From The Werewolf

When I got home, the Werewolf came over. I have such a crush on him I don’t know what to think. We’re not supposed to be having sex, but I really want to. He’s so damn sexy. We sat around and talked for a little while, and then he asked if we could go lie down for a bit. I told him sure, that I wouldn’t molest him.

We stripped down and got in bed. He kept touching me and stroked the thin crotch of my panties. I said, “How come you get to molest me?” and so he stopped. We tried sleeping but the tension was unbelievable—we both wanted to fuck so bad but knew we shouldn’t. I cuddled up against him and kept waking up smelling and feeling him and it was driving me mad. My pussy kept twitching and aching, it wanted to be filled so bad. Beyond frustrating.

Finally, dawn broke, and we were spooning, and I squirmed my ass up against him. He pushed back and I felt his big hard cock pressed between my ass cheeks. It was rarin’ to go. He pushed me face down and climbed on top of me and rubbed his cock on me, shoved it between my legs. I felt his big head poking against me urgently, and I was dying to feel it inside me.

He told me he still hadn’t recovered from Vegas. More proof that we weren’t right for each other.

He dropped me off. I have no idea when I’ll see him again. My crush on him is ridiculous.

My Last Date With the Cop

I hung out with the cop I’m dating for the last time today. I just can’t keep up with seeing him on top of my clients. I don’t get much out of dating—I feel like I’m doing them a favor. I told him I wasn’t feeling very frisky, but he wanted to fuck anyway, which I resent. This has happened to me in the past before, and that was the end of that. He doesn’t know it was our last time together, but I’ll get around to telling him.