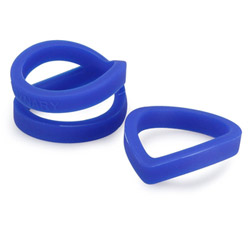 How to put on a cock ring
Explore Now 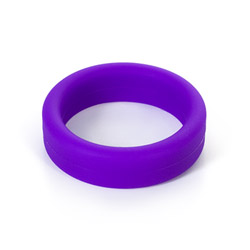 rubberist
Latex feels wonderful on skin, and the thought going out in public completely dressed up in rubber is so kinky and arousing...
It seems that some people do this in their everyday life
link
link

Do other people have similar fantasies or experience?
Reply
04/05/2014
All promotions

Cock Rings and Who Suggested it.
I just saw the poll on who first suggested using a cock ring, and I found it interesting that men suggested using one only slightly more often (45%)..

I'm looking for a vibrating cock ring that is more "vibrating" than "cock ring"
My boyfriend and I had never used a cock ring, vibrating or otherwise, before so I added one as a free gift to one of my orders and we finally tried..

What do you think?
Did you like this? Was is big enough??

cock rings!
cock rings are a girls best friend, who has a boyfriend agreed??

#AskEden - Sasha O-ring placement differences?
I was wondering if there is a difference between in the position of the o-ring in the black and the red versions of this product. Just curious because

Bignuf
Quote:
Originally posted by rubberist
Latex feels wonderful on skin, and the thought going out in public completely dressed up in rubber is so kinky and arousing...
It seems that some people do this in their everyday life
link
link

Do other people have similar fantasies ...
Latex feels wonderful on skin, and the thought going out in public completely dressed up in rubber is so kinky and arousing...
It seems that some people do this in their everyday life
link
link

Do other people have similar fantasies or experience?
Sorry...we really don't mean to rain on anyone's parade, but if I saw someone dressed up like this, I would think they just were scuba diving and lost their cloths....and were coming in for replacements. It sure does look like our wetsuits. Headpiece and all.
When we are dressed up "in rubber", it is "arousing", but only in that we are about to have some awesome "deep sea" adventures...together. As for "kinky"? We have "done it" down in the depth's a few times, but that is more of a chore then an adventure, really. We did it, just to know we "had"!
Reply
04/06/2014

Wicked Wahine
Quote:
Originally posted by edeneve
I don't understand how this is considered a fetish.
@ Edeneve: Sexual fetishism is an obsessive or very strong sexual interest in anything or any situation not usually seen as sexually arousing. So being so turned on by the thought, sight, or experience of wearing latex and wearing it in public is most definitely a sexual fetish! That someone else doesn't identify with it is actually typical. It's not much different than a lingerie fetish, if that helps you understand it better (except lingerie is seen by many as sexually arousing, but you can understand what I am saying, I hope).

Wow, those Finnish people sure were unflappable in those videos! I was really impressed at their tolerance! I didn't see anything "wrong" or objectionable about his outfit and if he feels good wearing it, good for him, I think that's great! While I don't get a charge out of latex, I will admit that some people look dynamite in their outfits (in my opinion, that's not this guy, lol ) and I can see the appeal of something perhaps skin tight and shiny on a shapely woman, for example. As a fetish, I think a latex one is harmless and so I say let that fetish flag fly proudly, rubberist!
Reply
04/07/2014
Total posts: 5 Unique posters: 5
Make a post
Top