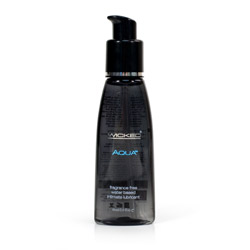 I wasn't too impressed with Aqua to start with, but it has grown on me. Now that I've learned how much is enough (and how much is too much), it really is an effective and allergy-friendly lubricant. It comes a lot closer to what I want out of a lubricant than other lubricants do. I love the pump-top dispenser and discreet bottle. I'll keep trying other lubricants out of curiosity, but at least now I know that I can fall back on Aqua.
Pros:
Spreads nicely, thin but not TOO thin, pump top dispenser prevents dripping and wasting product.
Cons:
Dries fast on some surfaces, absorbs quickly into non-vaginal skin, not good for anal.
Rating by reviewer:
4
extremely useful review

Because it's water-based, it's compatible with all toys. For this reason, it doesn't work very well in the shower; water washes it away. 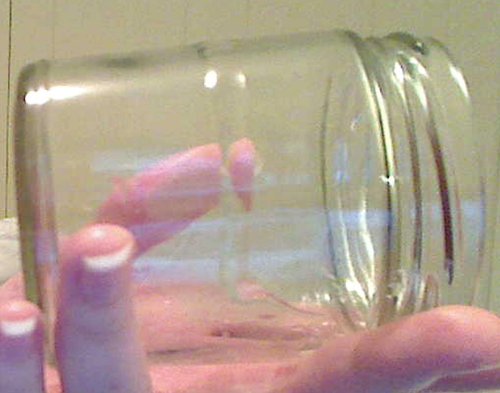 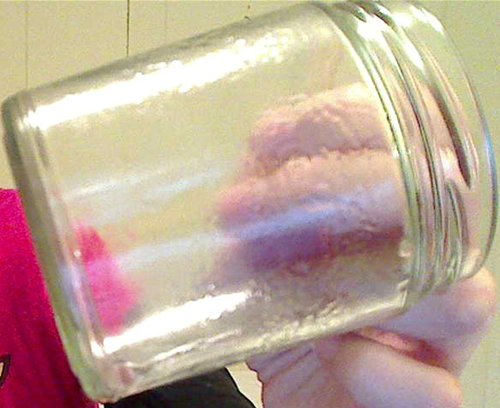 It has a slightly sweet, chemical-y odor and taste. I don't find it to be terribly unpleasant, and it doesn't turn me off of it, but it's there.

At first, I didn't appreciate this lube very much. It felt like yet another flop. But it was a step up from my Astroglide, which had already caused me to start itching again (it seems like I get more sensitive to it every time I go back to it), so I was at least glad for the relief.

The first few times I used it, I felt like it just... dried too quickly. The truth is, it actually doesn't. It was a combination of me not being familiar with the pump top and being nervous about the amount of lube in the bottle - and therefore not using enough, and me not realizing that adding a little bit of moisture to the drying lube reactivates it.

I used it as sparingly as I could, because I wasn't sure how long the little 2.0 oz bottle would last. It seemed awfully small. It's true that a little bit of it goes a long way, but I now know that for larger toys or silicone toys with a lot of drag, I need more than one pump. I coated a toy and let it sit, and 20 minutes later it was still slick. 35 minutes later, it was starting to get a bit tacky. Once it starts to "dry" a bit, adding some saliva (or other form of moisture) gets it slick again. Despite my misgivings about the amount of lubricant in a 2.0 oz bottle, I don't seem to be close to running out of it. I've gone from being disappointed to being pretty impressed by it.

Since Aqua is water-based, it's compatible with all toys and latex condoms. Because it's Vegan, Paraben-free, and Fragrance-free, people with allergy or ethical concerns may find that it is a friendly alternative to other lubricants. I know for a fact that I have had issues with Astroglide and KY Jelly causing itching that I have not had at all with Aqua.

It did not permanently stain any fabrics it came into contact with. It left some blotches, but those either disappeared as it dried or came out when the fabric was washed normally.

Aqua comes with a pump-top dispenser. The dispenser unlocks when twisted to the left, and locks when twisted to the right. I LOVE this. It makes it easy to dispense a set amount of lube, which means that I waste less. It minimizes spills, and is easy to operate with only one hand. It doesn't leak and it doesn't run down the side of the bottle and get it all nasty. It's still not completely travel-friendly, since it's easy for the cap to get twisted around and unlocked... getting lube all over whatever you stowed it with.

The only thing I don't like about pump-top dispensers is that they can make it difficult to get that last bit of product out of the bottle. The pump top screws off, though, so I could just get the last little bit by removing it. Even if I don't ultimately end up ordering more Aqua, I may just keep and reuse the bottle. 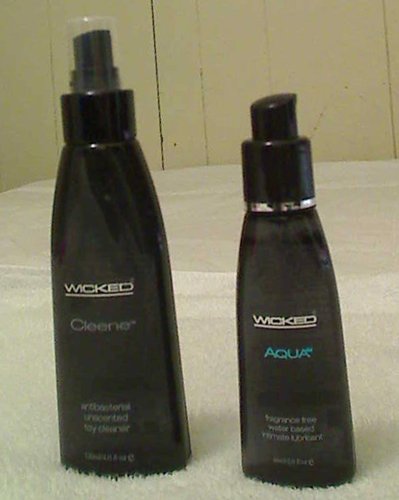 The bottle itself looks pretty classy. It's black and silver, with the "Aqua" text in a metallic aqua color on the front. It has Wicked's logo on it and states that it's a lubricant on the front, but the text is small and you'd have to examine it closely in order to read it. You could stick this on a shelf with some hair products or lotions and nobody would be the wiser as long as they didn't examine the bottle closely. It also matches nicely with other lubricants and cleaners in Wicked's line of products.

As far as allergy-friendly lubricants go, Aqua works better for me than LELO Personal Moisturizer, and I really like the pump top dispenser.

During my first use, I didn't use enough. I wasn't sure how much the pump top dispensed with each squirt, and since the bottle was so tiny, I didn't want to accidentally waste any lube. Because of this, I thought it wasn't effective and dried up too quickly. I used it with my Mona 2 and didn't feel like it had done its job.

The second time I used it, I applied it a bit more liberally. I figured that I may as well get the most enjoyment out of it that I could - even if it meant wasting product. After all, I'd already paid for it. That experience was much more enjoyable. I didn't waste nearly as much of it as I tend to waste with lubricant that's dispensed with a snap top, and even when I felt like I was really slathering it on I didn't end up using as much as I thought I was using. This time, I used it with my Mustang dildo, which is a bit "tacky". I tend to need a lot of lube with it. I found that the Aqua performed quite well and mimicked my natural lubrication very well. However, when I set the Mustang aside, I felt like the Aqua dried up quickly. Well... yes, and no. I was so preoccupied with what I was doing, I didn't realize how long I was doing it, so it doesn't really dry up THAT quickly. In addition, it seems to dry more quickly on silicone toys that have a bit of natural tackiness or drag. All I had to do was add some spit and rub it up and down the dildo, and I was good to go.

I didn't get the annoying itch that some other lubricants tend to cause, which is a relief. I know you're wondering why I'd use a lube that caused itching, but hey, when I need lube and I'm looking for a large quantity of it at a low price, I tend to buy products that aren't ideal.
This product was provided at a discounted price in exchange for an unbiased review. This review is in compliance with the FTC guidelines.