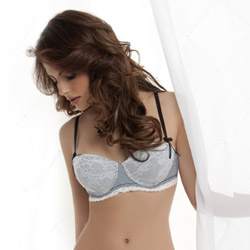 Could Be Better, Could Be Worse

The Ashley Boutique Striped Bra by Oh La La Cheri isn't the worst bra that I've ever owned but it's certainly not the best either. Maybe I'm cheap but I found the price to be too high for the item I received. There were a number of loose threads and one of the bows has already come off the straps. I like that I can wear the bra with or without the straps but I have other bras for that purpose that cost much less and are better quality.
Pros:
Underwire, padding, variety of sizes, cute, comfortable, can be worn as strapless.
Cons:
Expensive, loose threads, bows not secured well.
Rating by reviewer:
3
extremely useful review
The Ashley Boutique Striped Bra by Oh La La Cheri is available in sizes 32B-38DD. I had purchased the size 38C. The bra matches the boyshort, but you have to purchase them separately. I had purchased both at the same time but tried the panty first. I wasn’t terribly impressed with the way the panty looked on me so I stuffed the bra into my drawer and hadn’t worn it until recently.

The bra arrived in a plastic bag and was attached to a hanger. The surrounding plastic is clear so the bra can be seen through the packaging. The only relevant text on the bag is the company name and website. There was an attached tag to the bra that stated the product name, size, company name, and website. The hanger could be used to store the bra in your closet or it can be folded and tucked into a drawer. 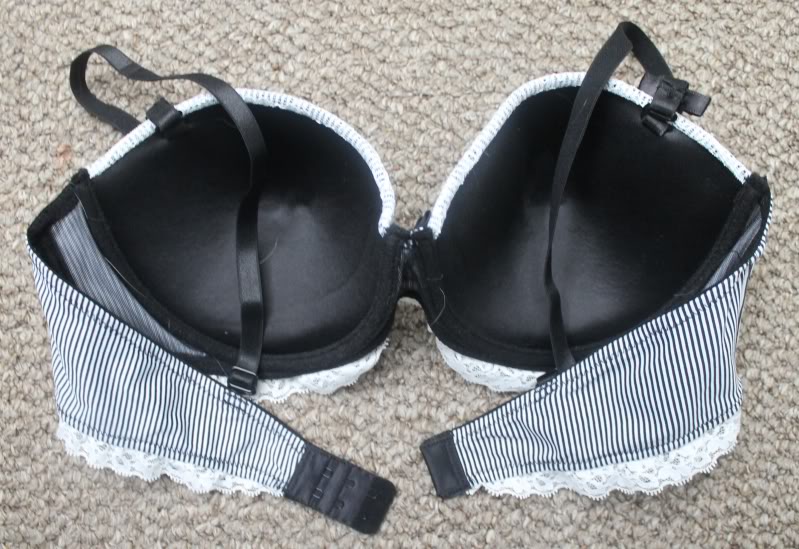 The shoulder straps are adjustable in length. Each strap measures from 9-17 inches in length and that is without stretching them. They are also detachable. Each strap has a bow on it at the front bottom. Since the straps are adjustable, the bows could be placed at the back of the bra (by turning the straps the opposite way) or the straps could be replaced with another set. There is also a bow between the cups. The bow between the cups is 1 ¼ inches wide and a length of 2 ¾ inches.

The cups are moulded, have thin padding to them, and have under wire. One nice thing about the moulded cups is that you can wear this bra as a strapless bra if you wanted to. There is an overlay of lace on each cup. This lace is white in colour and has a floral pattern to it. The bra would be fine to wear beneath clothing while out in public. I pulled my thin shirt really tightly against my chest and the lace pattern did not show through my shirt. 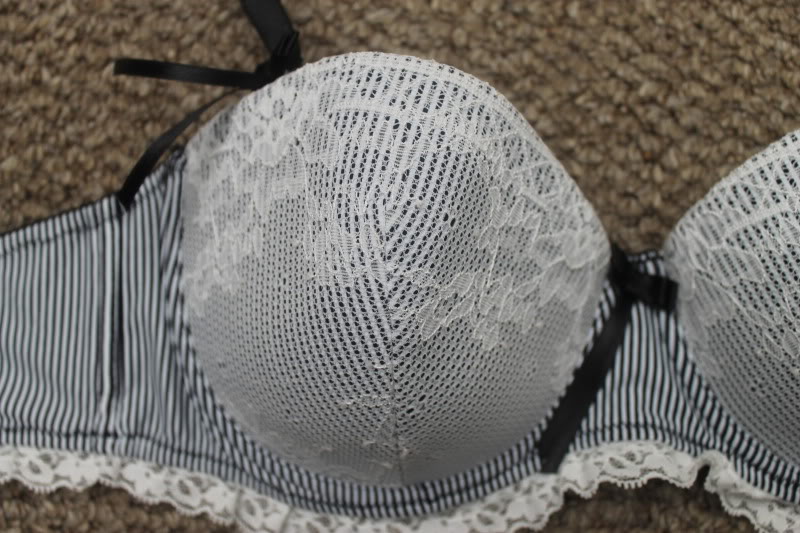 I didn’t find the sizing to be that different in comparison to other C38 bras that I own. I compared the Ashley Boutique bra with my La Senza bra (blue one) and my clearance bra (pink polka dot one) from Giant Tiger. The La Senza bra is in the same price range as they Ashley Bra and the clearance bra was like, $4.00. All of the bras have a non-stretched bra band of around 29 inches. 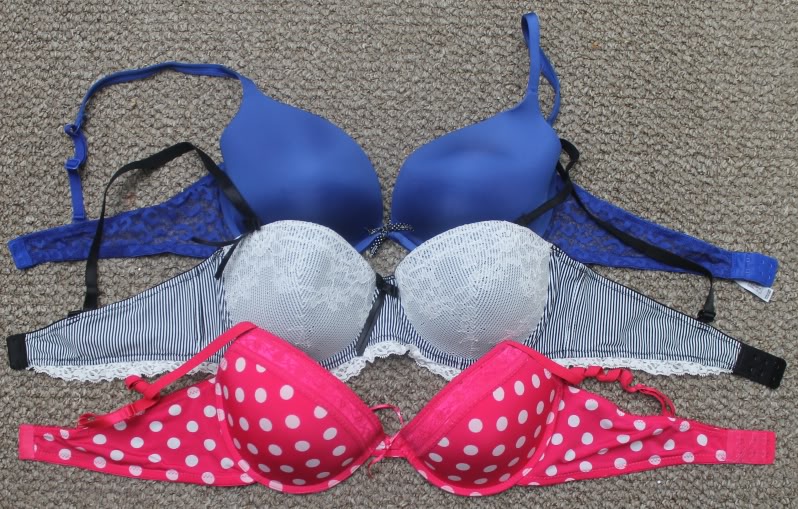 The only slight difference is the size of the cups. The Ashley Boutique bra seems to be just a bit smaller. The two comparison bras have cups with a width of 8 inches, which is only ½ of an inch more. The La Senza bra has a ½ inch more in length in the cups and the polka dot one has the same length as the Ashley bra.
Experience
...continued

The quality of the bra is just “okay”. Maybe I’m just cheap but for $23, I expected better. Firstly, there were a number of loose threads to the stitching of the bra. The second thing was the attachment of the bows to the straps. When I do a review of clothing with bows, I typically look at how they’re attached to the article of clothing to tell the reader whether or not they can detach them with a seam ripper. I gently pulled the bow forward to see the stitch job and it came right off. The bows are loosely sewn on with a single stitch. This is good for those who don’t like the bows but annoying for the rest of us. I’m going to have to sew the one bow back onto the strap and tighten up the other one since it’s already half off.

The care tag states that the bra should be hand washed in cold water and be hung to dry. The bra should not be bleached or ironed. I didn’t have any issues with the comfort of the bra. The material didn’t irritate my skin. I’d be fine wearing this bra for extended periods of time.

Overall, it’s an okay bra. I have both better and worse. It fit me nicely and was comfortable but I’m disappointed in the quality. A lot of other people have said that this bra is excellent quality but I don’t see it. Maybe I received a defective bra and they all aren’t like this. The other thing that I found was that the lace trim at the bottom of the bra didn’t sit nicely against my body. I’m fairly chubby so I found the lace trim would flip upwards (just like the matching panties do on my thighs). I would have preferred the lace along the cups.
This content is the opinion of the submitting contributor and is not endorsed by EdenFantasys.com