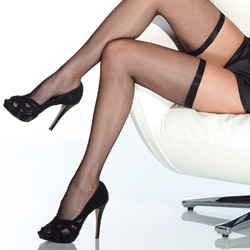 It looks great and has a fabulous feel, but if you're not careful in removing them from the packaging you could be in for some trouble.
Pros:
Beautiful mesh that's not too big
Stretchy/Actually fits thigh-high on a taller person's leg
Cons:
Packaging is just asking to cause damage to the product
Rating by reviewer:
4
extremely useful review
I got these on a whim and never really looked at the user-submitted pictures, but when I received the stockings, they came in a clear plastic package. That's not a problem though; what actually disconcerted me is that, for what I suppose would be display purposes, one of the stockings was wrapped around a thin, stiff piece of cardboard with rounded edges. 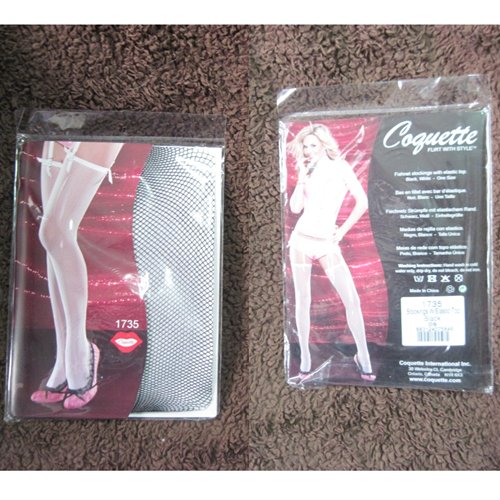 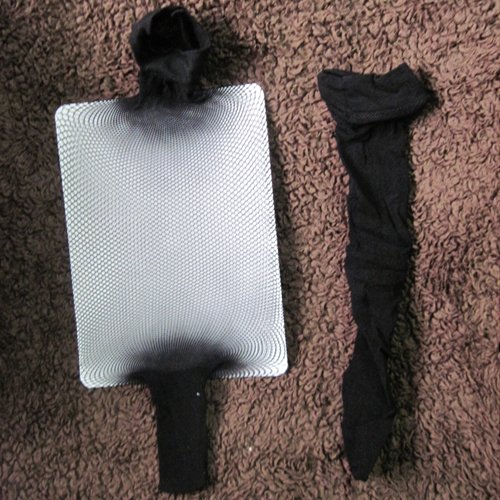 Though I was slightly wary of something snagging something on that barely-rounded cardboard edge, as always, I was an impetulant and impatient child of a person and just started trying to pull it off when GODDAMNIT I felt a tug and the tiniest of "rip" sounds. The horror! No worries though, all was well because it only seems to have been a loose chunk of fabric/thread on the inside of the stocking hem that caught on. Nothing that can't be fixed with a pair of scissors and a sewing kit. 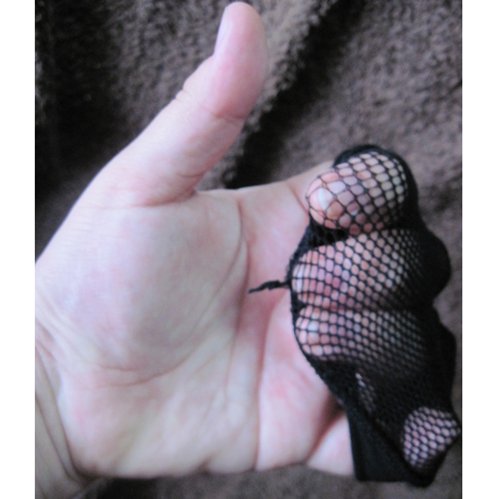 Finally though, let me say I'm really glad to have found a nice fishnet stocking that's not one with HUGE gaps between the thread that looks like a literal net used to catch fish in when stretched over my legs. It's classy and very subdued while still having that sexy fishnet look. It's kind of hard to capture in a picture, but here are the sort of textures I'm talking about. 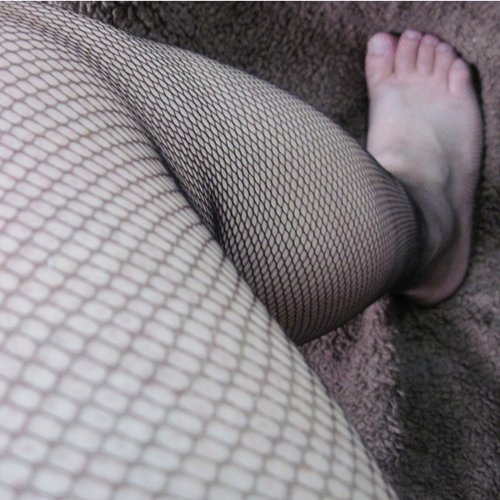 It feels very cool and easy to glide right on over my legs considering it actually fits the bill of being "thigh-highs" even though I am 5 feet 10 inches, or 170 cm. They make me feel like my legs are pretty darn dangerously sexy and really that's all you can ask for, even if one should be VERY ginger with the packaging it came in. Its durability is yet to be seen but I'm not entirely optimistic. 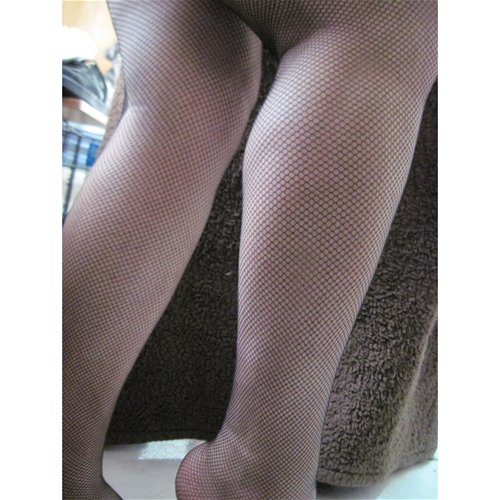 Follow-up commentary   I still like it 1 day after original review
At the prompting by Supervixen, here are some additional statistics:
- Unworn and lying flat they lay about 15 inches long.
- When worn, from my heel to the top of the hem, they went as far as 30 inches.
- The band around the top is not elastic but it's a rather stretchy material, so it accomodated my ample thighs of 23 inch circumference with relative ease.
- The top band is pretty soft and luxurious. The threads of the fishnet itself are slightly wiry, but, when expanded over the skin, they simply feel sleek and cool--they don't itch me in any way.

I still feel good about its quality, considering the price.
This content is the opinion of the submitting contributor and is not endorsed by EdenFantasys.com