How to Pick Up Strangers & Be a Super Hero 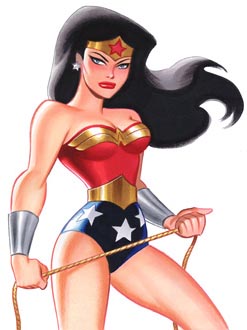 Small acts of kindness toward a stranger can lead to an heroic effect in that person's life.
To witness someone changing the world is remarkable. When that change-maker does so with out the slightest self-consciousness or ego, it is utterly amazing. For many of us, such a person reached out and touched our lives, altering the course of our lives in unexpected ways. Recently I watched just such a thing happen in a small but indelible way during the Sapporo Rainbow March weekend in Hokkaido, the northern island of Japan.

Monica Mizuki, a Tokyo based comic artist and an out lesbian, took me up to her home province to experience the 15th annual event. It’s one of the few ongoing and viable LGBT and sexual minority marches in Japan, Viable, in this case, does not mean large or politically influential at a level familiar to Westerners. With an estimated 800 participants this year, it’s hardly at the scale of the Toronto or San Francisco Prides. Still, it is a huge cultural leap forward in this notoriously homogeneous (not homo-festive) culture.

Nervous faces quietly marched in orderly rows. Two floats, one of drag queens and another of bears, punctuated the rest of the group dressed in ordinary street wear, walking stoically in the steady rain. No Women’s Motorcycle Contingent, no floats of handsome fire fighters or Radical Fairies. No crowds lined the streets to cheer. Homophobic hate-mongering protesters were nowhere to be seen either. The march was looked on only by stressed out cops and baffled pedestrians, interrupted while going about their Sunday errands. For me, coming from a privileged place of relative diversity and normalcy of minority activism, it was a strange time warp into a parallel universe.

Of the many queer stories that quietly unfolded that weekend, one was about the impact of kindness of strangers to those embarking on their journey.

Monica and I attended the pre-March social mixer on Saturday night, held at a local café. The Japanese don’t mingle well without guidance, especially in the absence alcohol. There’s a reason why host and hostess bars are so successful there — they’re desperately needed. This gathering was no different. It was as relaxed and social as a doctor’s waiting room. The lonely disco ball spinning above was the only clue to gay frivolity.

Monica, always helpful and gregarious, took stock of this massive fag-fail situation, and leapt into action. Turning into Julie, the Conversation Cruise Director, she got people to talking. It was as if she turned the party lights on in a dark room of lonely hearts.

There we came across a quiet wallflower of a girl and pried her away from the wall. A teenager from a remote village, she lied to her mother and took a long country bus, to come to her first LGBT event of any sort. She had no one to talk to. Monica found out that she had no plans on lodgings for the night and planned to stay up at some fast food place. A slick thirty-something dyke began to ogle her, offering her a place to stay. Sensing the teenager’s discomfort, Monica switched into protective fairy godmother mode and offered her a place to stay. She snatches the girl from the jaws of sleaziness (If you think same sex sexual exploitation or violence doesn’t happen, you are sadly mistaken).

Next thing I know, we are descending upon Monica’s aged mom’s place with the girl in tow, joined by Monica’s two siblings, niece and nephew. The usually quiet country house was filled with the sound of laughter and scent of mom’s cooking. The girl was welcomed without question as we ate, watched TV and talked late in to the night. Mom fussed over us about pending foul weather at the Rainbow March. The pre-teen niece fawned about glamorous drag queens while the nephew mentioned how his girlfriend liked boy-boy romance comic books. The “gay thing” was a non-issue in this unusual Japanese Brady Bunch.

The girl took it all in. Then she stayed with us through the March and after.

Monica took her under her wing and gave her safe space. She shared her experiences, told stories, giving previews and insights of roadblocks ahead. She encouraged her to be truthful and honor boundaries. I watched as an older woman, who’s forged her own path in a conformist culture, empower and treat with dignity a young woman at the beginning of her journey.

We saw her off to her bus to return safely home. Hours later the girl sent us a most graceful note of gratitude. Mature beyond her age, she seemed to recognize some significance of her time with Monica and family. She wrote “I came for the March, but the March became a small fun marker in a remarkable and unexpected weekend. Thank you for all that you shared with me. I’m still thinking about it all.”

Monica and I both marveled at her poise. We wondered what her future will hold and how she’ll choose to create her life. We reminisced about those who touch each of our lives early in our own journeys. We pondered who touched the lives of our own heroes, becoming the catalysts for the ones who eventually changed the world for a better place.

I watched Monica create a positive ripple in the world, simply by choosing to do the decent thing. Decency, dignity and willingness to stick your neck out to help are much under-appreciated superhero traits. These are also secret ingredients in making the world a safer, sexier place.

I’m in utter agreement with the girl, I came for the March and got something much, much bigger and better. I got to be a sidekick and witness a hero do her thing.
Tags:
Views: 1576
Related articles