She Plays, He Plays: The Zini Deux Really Is Meant For Two 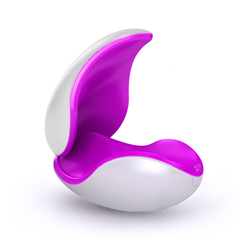 “It’s a very classy toy,” Susan says. Essentially, the Deux is two separate vibrators – one specifically designed for her and one engineered for him – that magnetize together to form an innocuous “egg” when not in use. “But it’s very sensual, too,” she adds. “When I pulled the pieces apart, I couldn’t help but rub my fingers along the silky contours.”

Those contours are what distinguish each half as either the male or female pleasure enhancer. “It’s easy to tell the difference,” Susan says. “Mine has this wonderful little peak at one end that always managed to end up right on top of my clit … no matter how the rest of it was positioned.”

“Toys are usually so female-centric. It’s awesome that part of it is actually meant for guys,” Susan says. “So I got to experiment. Usually, Rydell is sticking something in me or buzzing something between my legs. All of which is great, of course. But I felt like I had more active playtime with this. Instead of just lying back and enjoying what was happening, I was making it happen. That was a lot of fun.”

Susan definitely enjoyed her opportunity to conduct a little research, and there’s no doubt that during foreplay the focus was on me. She went down and took the Zini Deux with her.

“At first, I just sort of rubbed the open tongue end at the base of Rydell’s cock and over his balls.”

“Then I figured out that if I rotated it vertical, I could concentrate on his head with my mouth while the toy vibrated three sides of his cock. And I could slide it up and down for a little something extra.”

Um, yeah, that was better.

And this is where we need to take a quick pause: Guys, this is the method you absolutely must try. I’ve never had two people provide oral service to me at the same time, but I have to imagine that it would feel very similar to what Susan was doing at that moment. The all-over vibrations on my testicles and perineal area, coupled with Susan’s attention to my shaft, meant that every part of me was being stimulated … intensely, and it was all happening in a way that didn’t seem physically possible given the fact that there was only one other person in the room. It felt like there was one extra set of hands (at least) fondling my balls. It was a fabulous.

“I knew that was the ‘wow’ moment,” Susan says. “So I really wanted to find the perfect speed or vibration pattern.” 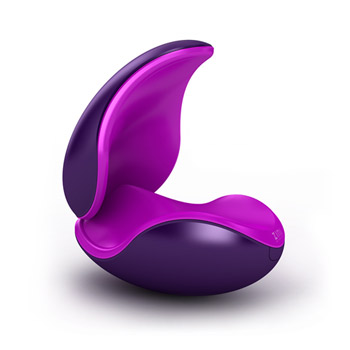 Purchase the Zini Deux on EdenFantasys.com

The Deux offers several, and they’re fun to experiment with and certainly worthwhile. Our only very minor complaint is that in the throes of passion it’s somewhat difficult to navigate the settings without referring to the accompanying control chart. The three-button configuration seems simple enough, but there is a bit of a learning curve before you’re likely to master the switch from a basic, steady vibration to your partner’s favorite pulsating pattern without turning your attention away from whatever else is going on at any given moment (Of course, this could be mitigated by spending a few minutes messing around with it pre-messing around with it, if you know what I mean).

The bottom line, though, is that no matter which setting you end up on, it will feel really good. Actually, good is probably an understatement. “It was the best orgasm I’ve had for a while,” Susan confesses. So don’t worry, we didn’t forget about her.

“I got the best of both worlds: intense vibrations on my clit and unencumbered access to my pussy for Rydell. It really was one of the best orgasms I can remember.”

Now, if we can just remember to gather up the Zini Deux before any in-laws or kids discover the funny, magnetic buzzing egg on the ottoman.
Tags:
Views: 3053
Related articles