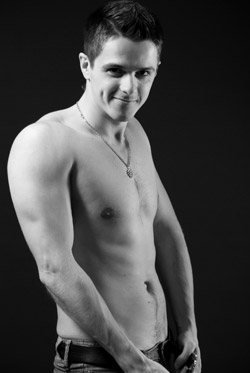 Snip-snip, the Big V, or voluntary sterilization. No matter how you slice it (good one, right?), a vasectomy is a major decision. Fortunately, it’s a minor procedure—and a great excuse to spend the weekend on the couch.

I’ve found that when you’re willfully opting to undergo an elective procedure that subjects your testicles to scalpels and needles and cauterizing tools, it’s best to be a bit blithe about the whole thing. So when I scheduled my recent vasectomy, it was referred to as “Turning in my man card.”

It helped keep the mood light, and came in handy for other things, too: “How ’bout a refill on this soda,” I’d ask my wife. She’d roll her eyes, and I’d say, “Come on, I’m turning in my man card in four days,” and I’d usually have another Coke without getting up.

The carefree spirit works in part because physiologically, a vasectomy isn’t that big of a deal. Mine might have taken 15 minutes. Still, from an emotional and mental standpoint, choosing to have one is huge.

Sauce for the Goose

We have two boys, ages seven and five. Two kids were all we ever wanted, so this decision has been about six years in the making. But it genuinely took that long. Thirty seemed way too young. Thirty-two, 33 was when the subject started to come up in conversations with greater regularity.

At 35, I finally got the name and number of a doctor. I waited until fall and then picked up the phone. (Yes, the timing was important because I vowed to only have it done during football season so I could be sure to lie on the couch and watch three straight days of uninterrupted pigskin during my recovery period.)

It was Susan’s birth control pills that finally pushed me to make the call. After our second son was born, Susan decided to use an IUD. She never had to think about it and had no real menstrual cycle to speak of. She liked it. When it came time for a replacement, her doctor recommended that she wait a while—let the body reset—and wrote her a prescription for pills.

Frankly, I think the pill is a pain-in-the-ass way of staying pregnancy-free—though obviously not as much of a pain in the ass as an unexpected pregnancy. From what I’ve witnessed, having to remember those little fuckers day in and day out is a stressful burden for women who race the clock every single morning to get ready for work and get the kids to school on time. I tried to help, but with breakfast and lunch preparation duties, I’m just as scattered in the a.m. The bottom line is that Susan was regularly missing one dose a week, maybe two, which frustrated both of us because we were nervous about it when it came time for sex.

Not only that, but the additional hormone mix was wreaking havoc on Susan’s physical state: she felt bloated all the time and gained five pounds almost immediately after returning to the pill. She wanted another IUD, but we were both hesitant. By the end of her last go round with one, she was having some irregular bleeding that, while not a huge concern (according to her doctor), was definitely disconcerting.

Are You Really, Ready? Really?

All of this pointed to one conclusion: After 13 years, it was finally my turn to take care of the family birth control. Pills and IUDs help prevent pregnancy, but they produce other physiological side effects, too. A vasectomy is clean and easy; there’s no hormonal imbalance or mystery bleeding. So I made an appointment.

“You scheduled it?” she replied. “Are you really ready? Really?”

“I don’t know,” I said. And that was the truth. It’s a huge, permanent choice to make, but you’re not allowed to have all the information with which to make it. Do Susan and I want to change more diapers? No way. Are we wonderfully happy as a family of four? Absolutely. But …

“What if something happened to me and the boys a year from now?” Susan asked. “When you met somebody, would you want to have kids with her?”

That’s an impossible question to answer because … how can you? A year from now I’ll be 36, and if my entire world was ripped apart in some tragic turn of fate, yeah, I might want to try to rebuild it. That’s a pretty big what if, though, and ultimately, I decided I couldn’t base decisions for the good of my family in the present on worst-case scenarios of the future.

On V-Day, Susan and I went into the doctor’s office together. We answered a few questions that all basically amounted to: “Are you positively certain that you don’t want any more children?” and then the doctor escorted me to a different room.

“Go ahead and take your pants off, put your jockstrap on at your ankles, and lie down,” he said. Next thing I knew, I had an intravenous dose of Valium in my arm (very nice) and a needle in my right testicle (not so great). It took about five seconds for things to go numb, during which it felt as though somebody was using my scrotum as one of those stress reliever squeeze toys. It was intense pain, but it was brief, and the doctor distracted me with, “What sort of work do you do?”

By the time I started my Valium-inspired soliloquy about being a writer, I was sufficiently anesthetized. The doctor made a small puncture in my scrotum—it was higher than I expected, close to the base of my penis—and located the vas deferens, which he snipped and cauterized. When I smelled the burning flesh, I knew that half of my sperm delivery system had been officially decommissioned. He closed the puncture with a self-dissolving stitch, and then repeated the entire process on the left side.

And that was it. The doctor stuffed a big gauze pad into my jockstrap (the jock is crucial for support; I wore one for almost three weeks) and I was done. Susan hadn’t even finished her first magazine when I came walking into the lobby. Secretly, I think she wanted to go back and check with the doctor to be sure I hadn’t escaped before he was finished.

She drove us home and I took up residence on our couch. It was Friday afternoon. I had ice on my balls and a weekend full of college and professional football games on the horizon. I can’t emphasize enough how important that was. Not the football, the ice. We bought two flexible freeze packs and rotated them constantly: 30 minutes on, 20 to 30 off. This system kept the swelling and bruising to a minimum and the pain at bay.

And that’s pretty much how I spent the weekend.

Two Weeks And Beyond

The first day Susan and I could have sex again we did. It wasn’t great. I was anxious as hell about my manhood working correctly. Sure, the doctors and literature all say that the only change in functionality of the reproductive system after a vasectomy is that the sperm can’t get to the penis—which is great in theory, but in practice it’s a bit more nerve-wracking. I mean, I felt the tubes being pulled out of my scrotum and smelled burnt tissue wafting from between my legs. Until I actually use my cock and balls again, doc, it’s sort of hard to believe that everything’s just going to be back to performing like normal.

But it was. I got an erection—not the first since the procedure, but the first with a purpose—and then I ejaculated, with no discomfort. The only difference in feeling at all was due to the condom. (Apparently, some sperm can be particularly stubborn and set up shop in the upper reaches of the vas deferens. Until the good doctor gives full clearance, you have to use an alternate form of birth control.)

Actually, as I’m writing this, it’s approaching six weeks since my operation. I’m almost to the point when my doctor wants to check an initial sperm sample for any stowaways. I’m fully recovered: no tenderness or apprehension. In fact, by the time I take in my first sample, I’m supposed to have ejaculated 20 to 30 times. That’s right—goal-oriented sex at the Johnson house, which is fun in its own way. Though not as funny as when I ask Susan for a little extra attention down there since, you know, it’s only been six short weeks since I turned in my man card.
Tags:
Views: 2275
Related articles