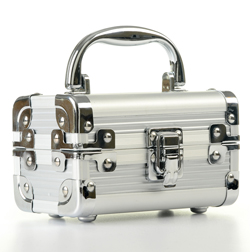 I tried incorporating things into the sexual activities with my lost love. He unenthusiastically obliged and never gave it any full effort. It’s not something I want to ever feel like someone is doing only to satisfy me. I want them to do it because they enjoy it, as well.
In an attempt to reorganize my life, I needed to let go of a lot of things, both physical and mental, that I had stashed away out of sight. Everything needs to be organized, sorted, and picked through so that only the most valuable and useful things remained. There was a hindering sense of internal and external chaos that was holding me back, and it was time to purge.

Late one evening, I decided I was ready to attempt this rather difficult task. I sat there in my closet clueless about where to start. After a year of reviewing, I had amassed a rather large and out of control collection of sexually related items. The number had reached well into the hundreds. It was something I took pride in, but it was also a source of emotional turmoil, and that’s something I’m focusing on ridding myself of presently. It seemed that the logical decision was to sift through all of this, but it was something I had avoided. It was Pandora’s Box. Previous attempts were unsuccessful because of this.

On my shelf was a box that contained the toys, and other odds and ends that I received but didn’t care for, or had replaced with more functional things. I couldn't bring myself to throw them away, even though I knew I was never going to use them again.

Most of the contents of this box were from my first experiences as a reviewer: a deck of lovers’ cards, an assortment of bullets I once loved but ultimately parted ways with, various cock rings, cute little sensual trinkets. This was a box of things I hadn’t come in contact with in ages, and there was a reason. Seeing these things I had tucked away triggered memories that I did the same thing with.

Shortly before I embarked on the journey of becoming a sex toy goddess, I found happiness with a boy I was head over heels for and was still caught up in the buzz of budding love. Even in this stage our lack of frequent sexual contact was a bringer of grief, but my growing collection of pleasurable things led to a greater fulfillment.

The things in this box I was staring at blankly were things I used with him in this time of happiness. Each item carried with it a specific set of bittersweet memories. This was before our once intimate relationship had disintegrated and ultimately became beyond repair. As difficult as it was I closed the box back up, had a moment of silence, and gave it a proper burial in the garbage bag.

The lingerie was the next in line. Before becoming a reviewer, I was quite disheartened by the lack of options for women with my petite frame, but now I was the proud owner of an impressive collection of things that fit me well. It was a major source of confidence. There was a comprehensive selection of gorgeous corsets, slinky chemises, adorable babydolls, stockings for every occasion, and cute little costumes.

I began removing everything from the hangers one by one and was greeted by memories, yet again. Memories of excitedly slipping into these pretty pieces, only to be met by indifference from my lost lover surfaced in my mind.

The lingerie came into the picture when our relationship started to crumble. The lover I had this deep and intimate bond with had begun to drift away, and this caused me great turmoil. I cast my line out to him several times, hoping I could bring him back to shore, and the lingerie was a card up my sleeve in that attempt.

I came to the last item I ever wore for him. I found a mental tag attached to it that read “Maybe you should find someone who is into that sort of thing. I just don’t really care about it.” Right after he had uttered those words his attention drifted back to his computer and I was silenced. I sneaked away to the bathroom to disrobe, and slipped into my normal attire in an attempt to conceal the wound my heart had just been dealt.

After that rather painful flashback, I tucked everything into bags and stuffed it all into a box that resides out of plain sight. One day, I will find another love who appreciates me and the contents here, I thought. I found a glimmer of hope that I held on to, and discarded the defeat, loss, and heartbreak

Every item I pulled from the box conjured up fantasy instead of memory, and I found this a bit depressing. These were things I deeply longed to use but never had the chance to, and that passion I had for it all had always remained unfulfilled. The fantasy was all I ever had.

I tried incorporating things into the sexual activities with my lost love. He unenthusiastically obliged and never gave it any full effort. It’s not something I want to ever feel like someone is doing only to satisfy me. I want them to do it because they enjoy it, as well.

Sometimes I’ve felt as if I’ll never find someone who is as intensely passionate about these things as I am, and it leads to feelings of loneliness. What if I find someone I completely adore but they have absolutely no interest, or consider it to be something negative? I always try to push these slightly disheartening feelings aside, but in this instance it is a bit difficult. You can’t predict the future, I say to myself. Again, I felt a small glimmer of hope in this and put it in the box with these things I hold dear.

In this hour of the simple act of organizing and sorting, I made an immense level of internal progress. I had shoved so many things into the dark corners of my mind and closet and kept them out of sight to try to avoid the pain and heartbreak associated with them, but I had finally found the courage to confront these things. I went in with a heavy heart full of bitter memories and loneliness, but I came out with hope. I made peace with the memories and the fantasies that were a weight around my ankles. I let go of objects I had held on to for all the wrong reasons, and was left with hope, courage, understanding, and forgiveness. I can move forward and see the things that caused internal conflict in a new and much more positive light. After this experience I am free.

The moral of this story is that hiding things from yourself will never fix anything, even though it seems much easier than trying to confront them. You continue to be dragged down and never fully liberate yourself from them. The true way to move forward to happiness is understanding, forgiveness, and acceptance, and there’s no harm in any of those things. You will come out of the experience with a little more wisdom under your belt, and an internal peace from the healing.

Yes, that’s right. We want YOU to write something for SexIs! See this post for details!
Tags:
Views: 1481
Related articles