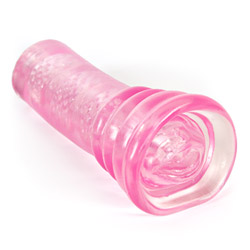 Not necessarily the "head" of the class.

**This review was written with the help of my fiance**

The Super Head Honcho was designed to be used and controlled by hand during a solo session. However, with a little creativity, you can easily use it hands free or during a couple's session. It can be held in place between two cushions for hands free thrusting. During a couple's session, it can be used during oral sex or as an enhancement during a hand-job. When using the Super Head Honcho for deep penetration, the head of the penis pops out of the end of the toy and can be orally stimulated by your partner. It's great for individuals who experience pain in their hands or wrists during hand-jobs because it can do most of the work for you and you can still please your partner. 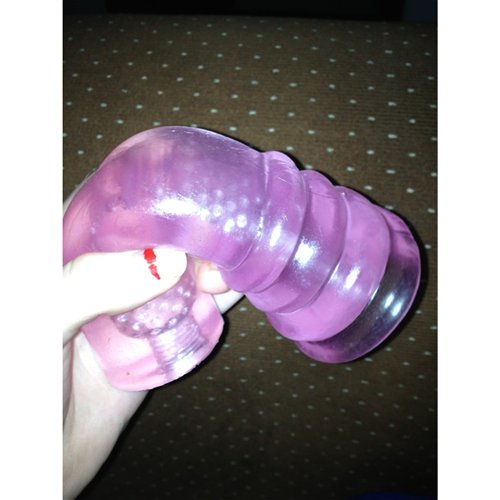 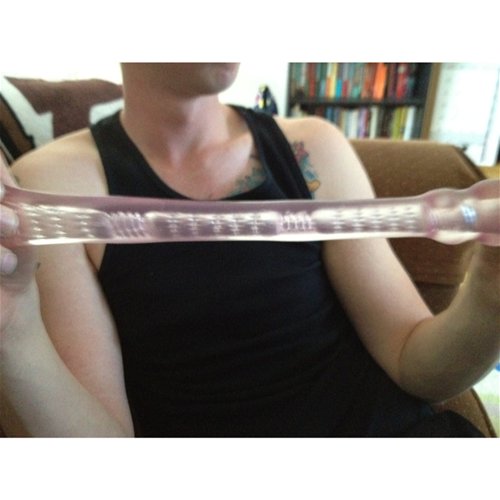 I do not recommend stretching it this far on a regular basis, as it can tear. I stretched it for demonstrative purposes. However, it is very stretchy.

When we first received our Super Head Honcho, it had a terrible smell. I can't even describe the smell. I washed it right away and it did help but the smell had still lingered. It also looked as if the toy itself had started to melt or the bag it was in had begun to melt onto the toy. Our Super Head Honcho had a puckered appearance on one side of it. It was a very hot day, about 103 degrees, when we received so it is possible the heat affected it. 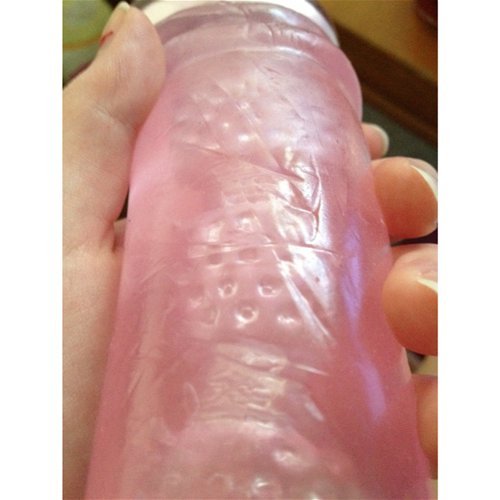 Here you can see what I mean. It is only in one area. 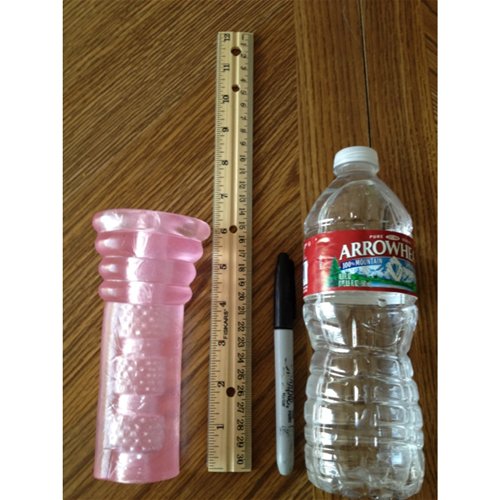 Super Head Honcho compared to a Sharpie and a 16 oz bottle of water.

The top of the masturbator is designed to look like a mouth with a small opening where the penis is inserted. The lips are purely aesthetic and they do not provide any stimulation. Internally, the masturbator features three suction chambers that are covered with raised nubs. The areas between each chamber are ribbed. The Super Head Honcho is transparent and the internal texture can be seen from the outside. The chambers do provide a fair amount of suction, making the design effective. The masturbator is designed to have a tight fit. It stretches to fit any penis, girth-wise. Length wise, some men may find it too short during use. If the top of the masturbator is pulled down to the base of the penis, the head may be exposed at the end. 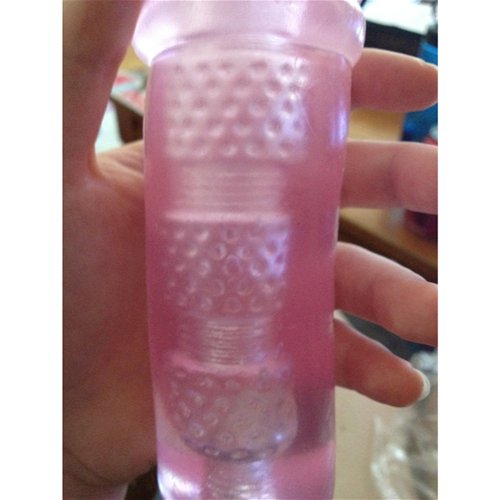 To store the Super Head Honcho, I keep it in the plastic bag it came in inside of my toy box. If storing it near other toys, make sure it is kept in a separate storage bag. When some materials come in contact with one another, the chemical structure can begin to break down.

The Super Head Honcho came packaged in a square cardboard box. The box is bright and not discreet at all. There are pictures of the masturbator and Sue Johanson on the box. It also claims that the toy has been named Sex Toy Of The Year so it is clear that this is a sex toy to anyone looking at the packaging. I would not recommend keeping the packaging for storage as it is a large, bright, indiscreet box.

This was my fiance's first masturbator. After his first use, the first word he used to describe the experience was "different." He also noticed it can be stiff the first time you use it. This made entering the toy difficult. It can be very loud if you use too much lube with it. When using a lot of lube, the internal texture is also harder to feel. There is a slight learning curve with this masturbator in regards to lube. I would recommend starting off with a little bit and slowly adding more until it feels best to you. His second experience, he used less lube and found it much more enjoyable. The opening, or "mouth", was looser this time so entering the toy was much easier and more realistic. No need to pry it open the second time around. According to him, the toy feels more like a PIV (penis in vagina) intercourse than a blow job.

A word of warning, if you're sensitive after orgasm, removing the toy can be uncomfortable because of the suction and grooves.

Sue Johanson's glow-in-the-dark super head honcho
$29.99
Follow-up commentary   I don't like it anymore 3 months after original review
To be honest, this hasn't been used in a long time. My partner has tried other masturbators which he finds much more enjoyable. The Super Head Honcho is too sticky and stinky to be really enjoyable. The internal texture is also really mild and not intense at all.
This product was provided at a discounted price in exchange for an unbiased review. This review is in compliance with the FTC guidelines.