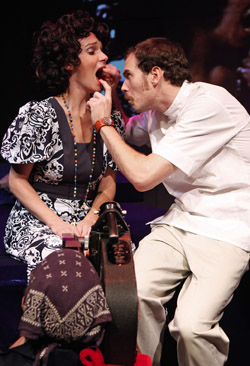 The story is told by the struggling, yet ambitious actor Herbert Streicher, played by Malcolm Madera, who gets into making adult films to pay the bills. Streicher is hired by Deep Throat director, Gerard Damiano (John-Charles Kelly), as a crewmember as the cast heads down to Florida to make the movie.

Streicher learns quickly from Damiano that they are in the business of making “adult films not pornography.” When the male star cast to play opposite Linda Lovelace (Lori Gardner) drops out, Streicher steps in. With his newly dubbed nom-de-porn, Harry Reems, he fakes an accent and takes on the role of a doctor who helps Lovelace’s character realize that her clitoris is actually located in the back of her throat. The rest is history.

Having Reems continue to narrate offers comic relief, but the audience is unable to ignore the abuse Lovelace suffers at the hands of her husband Chuck Traynor (played by Zach Wegner). The play chronicles how Traynor forced Lovelace into prostitution, pornography, and bestiality—and made her to do anything, and everything, on camera, against her will, and the emotional price she paid. 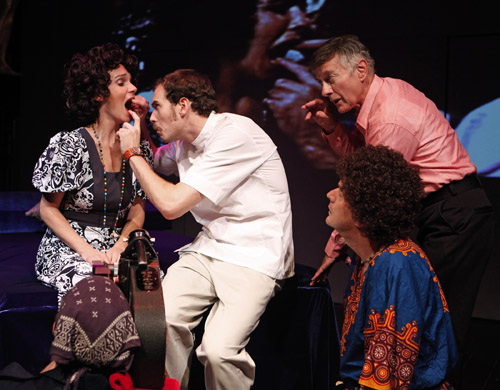 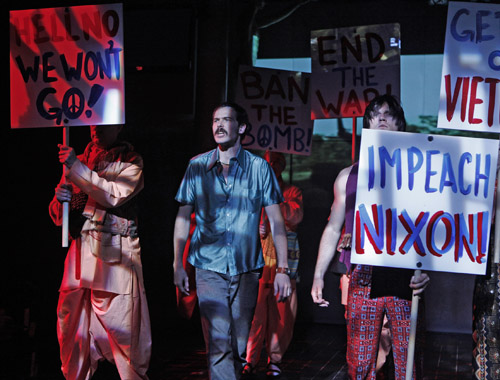