I love you so much I decided not to have you. 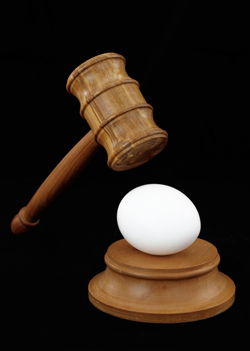 Can making the decision not to have children be an expression of love?
I express love by understanding that I am not meant to be a parent and vowing to remain childless. Too often it seems that parenthood is expected of everyone, regardless of their circumstances, beliefs about children, or faith in parenting ability. The only reprieve from this obligation is the physical inability to have children, at which point adoption is expected; otherwise it’s an abdication of responsibility.

To begin, I simply do not like children. From my childhood, I always preferred adults, as children my own age were confusing, illogical creatures that could never be predicted. Growing older did little to change this opinion, rather, it was cemented. Children are loud, lack the capacity to listen, fundamental reasoning skills, or any bit of self-control, they may have appeal, but it’s lost on me?

The response to this point is that everything changes when it’s no longer a strange child, but one of your own. The annoyances, smells, confusion, everything suddenly vanishes when the source of said frustration is a flesh and blood monument to your own ability to insert a penis into a vagina long enough for climax. This does little to persuade.

That line of thinking likely applies to anything bad, of course their creators are blind to the flaws. It’s human nature. It’s likely that Joel Schumacher was blind to the problems with “Batman and Robin,” but that doesn’t make it any less of an abomination. Just because parents undergo an ex post facto change of opinion after having children doesn’t change any of the fundamentals about what children are actually like.

Aside from simply not liking children, I do not have the means to care for them and likely will not for quite a while. Due to my student loans I have a significant amount of debt that would not be conducive for providing a desirable standard of living for a child. This would appear to be a reasonable justification for not procreating, yet friends and family disagree.

Pregnancy has been suggested as a present for my girlfriend’s birthday, Christmas and our anniversary. Before our first anniversary I was asked when I would propose and before the second anniversary I was asked why she wasn’t pregnant yet. No questions about our opinions on children, what we consider the proper age to have children, proper financial standing, nothing, just how long before the first kid. Apparently finishing school isn’t as important as a fancy contract signing ceremony, or babies.

Nor is this an isolated incident. For those readers in their late teens through their early thirties, pick 25 of your Facebook friends and write their names in a 5X5 grid, along with their ages. Every time one of them announces a pregnancy or a wedding, mark the card and see how long it takes for a bingo. My card didn’t take very long.

Which brings us to the third reason why I simply will not have a child. I am not prepared to be a parent, nor do I think I ever shall be. This is likely a trepidation felt by all would-be parents, especially first timers, as this is one of the most complex undertakings a person can attempt, with failure resulting in the ruination of another human being. This said, it seems too often that parenthood is taken far too lightly.

Parents boast of their family’s size, the physical characteristics of their children, or the hardships of raising a family, yet fail to accept responsibility for the end result. The accomplishment of parenthood lies not in the end culmination of their childhood and transition into adulthood, but the sheer number of children, or the difficulty of childbirth and childhood. Almost anyone can have a child – it takes true skill to raise a child.

Not everyone is blessed with such parental skills, yet there’s rarely, if ever, the admission that not everyone is meant to be a parent. More than that in fact, it honestly feels as though there is an obligation to be a parent regardless of one’s personal desires. I am not stating that people are not responsible for children they sire – they are, unless force or deceit was involved – but rather that from the day a person is born, society expects that person to bare at least a single child.

Part of the problem is that parenting has settled into society as an expected responsibility. While it varies by region and culture, there is a specific age point where if a man is in a relationship, but not married, he’s considered irresponsible. How is it possible to be responsible to something that doesn’t, and may never, exist?

That’s the crux of the problem with children and parenthood; the hanging feeling of obligation. Parents expect grandchildren. Society expects perpetuation of the species. Significant others sometimes want children. It seems everyone has a say, unless they’re against having children. I think it’s a powerful expression of love not to try bringing up a child if one is neither able nor willing to care for a child.

The world’s population is pushing 7 billion. Even if every single fertile person used condoms during every instance of sexual congress, statistically the human race would still continue on, it would merely be much smaller. This would never occur as many people want children and that’s perfectly fine. Society should be no more forced to conform to my view of children than I theirs. Instead, just assume I know best about my abilities, means and desires to parent and trust I made the proper decision.