No One Thing Defines “Sexy” 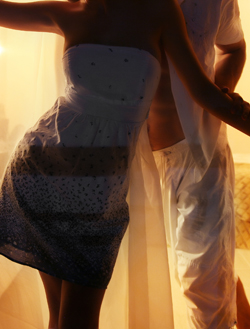 I know I’ve said this before. I don’t generally find one thing about girls sexiest. I don’t go just for legs, ass, or tits. I am a guy who likes the whole body.
I would write about what makes me feel sexy, or something like that, but I can’t think of a time when I felt sexy. I do recall one time when some girl in a car or truck flirted with me. At least I think that’s what she was doing. I’m not a flirt so it needs to be obvious for me to know. Like dry humping my leg would let me know. It would also be really awkward unless, by chance, you’re a stripper and I’m in the club you’re working at. But I don’t go to those kinds of clubs. So, I’m sure it would be awkward if someone did that, especially if it was a guy doing that to me. Then he better be able to run.

I know I’ve said this before. I don’t generally find one thing about girls sexiest. I don’t go just for legs, ass, or tits. I am a guy who likes the whole body. Sometimes there are things I like more on one girl than on another. Like in high school, I remember a girl whose face I liked because of her eyebrows. I loved the shape of them. I would describe them, but I don’t think I would do it justice.

I have stated before that I don’t care for implants. The natural body is best for me. I’ve seen so many pictures of girls with implants and, even though I don’t see scars, they look bad. They don’t really have the shape they should have. They look like balloons that have sat in the sun too much, which is why I think that natural breasts are sexier. It’s probably also why I prefer smaller breasts to large ones. Small ones do seem to keep their shape longer.

Side note: Did you know that natural breasts are more buoyant than fakes? According to an episode of ManSwers natural large breasts will help a woman float in water while fakes will make her sink.

Sometimes, I like a girl’s legs more, and they can be long or short. They don’t have to be slender. Sometimes, I like some meat on the bones. That doesn’t mean I'm a chubby chaser, mind you. It’s a matter of the girl looking healthy. I don’t want to fuck a skeleton wearing skin. Look at my post about VirtuaGirl and you’ll get a good idea of what I like by what I talk about there.

I’ve seen some girls whose lips I liked, and I’m not talking about pussy lips either. Like Jessie Andrews I think has very pretty lips. Eufrat is another one whose lips look great to me. It’s a different thing for each girl as to why I think one girl’s lips are prettier than another. Maybe it’s a matter of the color – either natural – or not that attracts me to them.

Some girls have very beautiful eyes. Amelie from MetArt has very pretty eyes. But she has something else I like, too. She reminds me of Michele Pfeiffer with the way her face looks. I’ve seen eyes of various colors that I loved. Sometimes it isn't because of the color, but because of the shape. Some eyes have characteristics like small imperfections that, to me, add intrigue and beauty.

Something I like that some people don’t is scars. Scars to me are your body’s history. While sometimes the story is sad, I will always love the scar that tells it. I have some scars that, after surgeries healed, are no longer visible, and I hate that. I am proud of every scar I have, and I think that all people should be.

Another thing I like about scars is the feel of them, and the emotion they can evoke. For example, scars on a person who has been burned. I haven’t felt or seen one in person. But having seen the scars that I have seen and felt, I bet that has to bring the feeling of pain to a person who touches it as they imagine what that person went through. To me, it is beautiful and sad.

When it comes to hair, I do find that, as I get older, I seem to prefer black haired women more and more. That doesn’t mean I don’t find other hair colors appealing, too. I will say I find blonds least attractive. I expect this is because of the time I spent on ravenriley.com when she was active. Getting to know her has certainly had an effect on what I am attracted to. But I have seen red heads I liked, such as Ariel, who can be found on MetArt. Liz Vicious is another redhead I like.

This is so for shirts, pants, or anything like that. I love the curves of a woman’s back, her sides, her legs and her breasts. You don’t have to show cleavage to be sexy. The lining of the cleavage can be just as good. It’s like the promise of something to come, I guess.

I know one thing I hate in clothing is those poofy, frilly shirts. I’ve known some girls that like them and I never said anything because it’s their choice to wear them. If they are happy then that’s all that matters.

I would like to touch on tan lines. I don’t hate or love them, for the most part, but I will say I think it looks bad when a girl has a pussy that is white as can be, while the rest of her body is tanned. It just looks weird to me.

One more thing is pussy lips, or the labia. I found a person on twitter who sells used panties and she started a Tumblr account called the large labia project. She did this because evidently some women have large pussy lips, and they think it is unattractive.

I’ve seen plenty of the pictures she has posted, and I don’t see how they could think that. I will say that sometimes I don’t think they look as good, but it’s about presentation. When you get a close up of something that looks really wrinkled, it not as appealing to me. I’m sure some girls would say the same about a man’s ball sack.

However, a lot of her pictures are very interesting, beautiful or sometimes entertaining. Seeing a girl pull her pussy lips into different shapes, or tie it in a knot is kind of funny. Sometimes I like how it looks like a little heart. A large or puffy pussy isn’t unattractive to me. It can be very sexy. It almost looks like a blanket for a dick waiting to wrap it in love.

There are so many things that are sexy to me. I think I would have a hard time describing some of them. I’m sure I’ve done more to cloud the waters of this topic because of that.

Yes, that’s right. We want YOU to write something for SexIs! See this post for details!
Tags:
Views: 1190
Related articles