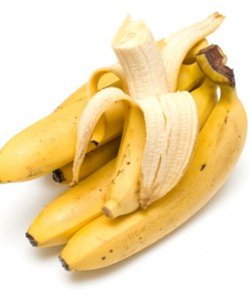 http://www.howaboutwe.com/
Ouch! It may be a very unpleasant thing to even think about, but penis health is important. While penile fracture may not happen to you, knowing what it is and what to do may save a penis near you.

Yes, it's scary, but it's true: a penis can break, causing a penile fracture. The name seems simple enough, but do you know what’s actually going on when one suffers from a penile fracture? Here are the nuts *ahem* and bolts of a fractured penis.

While the penis is not a bone (at least in humans), it can very well break. The term for such injuries is called a penile fracture. Penile fracture can occur to erect or semi-erect penises. It happens when too much stress is applied to the shaft and the penis "forced" to bend at an unnatural angle. Even though there is no bone, many people report hearing a popping sound when it occurs.

I really don't want to know, but I should... what *gulp* happens?

So, what actually breaks in a penile fracture? Essentially, the shaft of the penis is like a sponge. There is tissue called the copora cavernosa (or corpus spongiosum), which is above the urethra. This tissue takes up most of the bulk inside the shaft. It runs from the pubic bone down to the end of the penis. When arousal occurs, the structure of the copora cavernosa allow the penis to become gorged with blood. There is a firmer, denser tissue on the outside of the spongy tissue (if looking at the diagram, you'll see it as the white "wall" in the cross-section). Thus, when the spongiosum is filled, the penis becomes hard (otherwise, without this denser tissue surrounding it, the penis would be a floppy sponge). 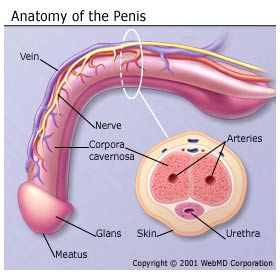 So, this denser tissue, a fibrous envelope for the spongy tissue, is a defender against trauma to the penis. However, it is not invincible and can be overtaken. When a fracture occurs, the envelope of tissue surrounding the spongiosum is the first to be damaged. Then, depending on the extent of the trauma, the fracture can go deeper. In more extreme circumstances, the fracture can damage the network of veins surrounding the penis, as well as the urethra.

While embarrassing, note that any suspected penile fractures must be treated as a medical emergency. Time is very important when dealing with a penile fracture. The quicker the damage is assessed, the quicker the treatment, and the higher the chance for a full recovery. This is not something that will go away. The fracture can damage some of the veins that regulate the blood flow to the penis. This, coupled with swelling, will cause the penis to have an exaggerated curve, usually (but not always) on the side opposite the trauma. For example, if the side that receives the trauma is on the left, the penis will curve to the right. This is because the damaged area will swell and bruise. If untreated, the exaggerated curve, as well as impotence, could be permanent. This is, again, why time is a very important factor when seeking treatment.

This is also considering a better case scenario. This is assuming the urethra, the pathway from the bladder to the end of the penis that allows urination, is not injured. If the urethra is damaged, more symptoms may be present. Breaks to this point are likely to have bleeding. A cardinal rule to always remember about penises is: only two things should come out of a penis: semen and urine. Anything else is abnormal. The reason you may see blood is because the spongy tissue responsible for erections has been compromised, so the blood will leak. If the urethra is also damaged, the blood will flow out.

This is a horror story. What happens next?

All right, once at the hospital, what happens? Again, this is dependent on the extent of the fracture. A more minor fracture that does not damage the urethra and is more around the ligaments on the outside of the penis can be treated with a check up, pain pills, rest, and a follow-up. An important thing that doctors will check is if the urethra works properly. A common diagnostic test is called a retrograde urethrogram. In this test, a catheter is inserted into the penis. Then, a solution with contrast (a solution that produces a better picture for imaging) will be inserted into the tube. This lets medical professionals see if the fluid leaks anywhere it shouldn’t. Here is what a fractured penis may look like with another imaging, like an MRI. 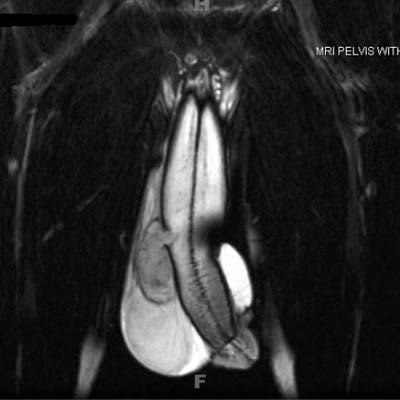 If the fracture is more severe or is not healing as it should, there will be surgical intervention. Surgical repair will remove any dead tissue or debris from the wound, reattach and repair the structures of the penis, as well as rejoin any damaged veins and ligaments. Recovery will take weeks, and will usually involve using a catheter to help the urethra heal properly. If no complications occur, the penis should be as good as new (or, well, close) in a few weeks or longer. Further examination may happen if there are complications such as a strong curve or erectile dysfunction issues.

It’s a lot, but this is the 101 of penis fracture. In sum, remember that a penis fracture, while embarrassing, must be treated by medical professionals in order to obtain proper health and functionality. And to keep having sex, because that is important, too.

This information is to help inform, but it is in no way intended to substitute real, professional medical advice. If you have any concerns or questions, please consult a physician.

Also, this information is provided in a way to be accessible and understandable to the public. Some finer details may be oversimplified (or not as accurate as humanly possible) for the purpose of emphasizing major themes and ideas. I encourage anyone wishing to learn more in-depth information to look at the sources below, or to do further research.
Tags:
Views: 1893