Leaving Normal—The Whys and Wherefores of the Journey to Kink 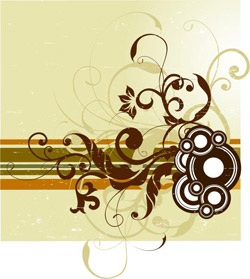 Nobody just wakes up one day and decides “Gee, I think I’ll be kinky!” So, why do people go there? How many do? And darn it, is it better than straight sex, or is it all just propaganda?

Why do people spank, flog, restrain, or erotically dominate each other? Is it nature, or nurture? Are some people born kinky, do some achieve kinkiness, and do others have kink thrust into them? The quick answer is, “who knows,” often followed up by a “who cares, as long as you are having fun?” The longer answer? Well, let’s take a look at it.

Not every person who does kinky stuff shops at Northbound Leather and Mister S, or has a dungeon in their basement; actually, most of them still do normal things like shop at the Gap, drive mini-vans, and play golf every other Saturday. Obviously, trying to get people to respond to surveys about their kinkiness is a challenge, but various studies over the past fifteen years show that anywhere between 5% and 20% of Americans have flown their freak flag, if only in their dreams. We suspect that, if you put everyone’s interest scale on a line—like the Kinsey scale—there are a ton of people that like a touch of the naughty in their sex lives, and very few people who either only have kinky sex, or not a bit of kink in the bedroom. So if we think of kink as a scale, there’s a lot of room between “I swear, I’ve never even thought of tying down my partner!” and “I have to flog a zombie redneck while wearing chaps in order to get off”.

The internet, venerable source of everything naughty, has expanded the discussion about kink—and possibly led to more people giving some thought to trying BDSM play in their own homes. From the old newsgroups of the eighties, to the chat rooms and medieval-flavored websites of the 90’s, and on through the emergence of pragmatic kinky sex information (and sex and kink bloggers) in the new millennium, we’ve been introduced to more and more images and ideas about kinky behavior in the last thirty years than our parents got in their entire lifetimes (which is good, because nobody wants to imagine their mother in a leather teddy smacking around their father with a riding crop). The upside? There’s a ton of info out there. The downside? Much of the information is inaccurate—and some of it is unrealistic, as well, giving readers the impression that to be kinky is to have a full time power exchange relationship, a dungeon in your basement, and a closet full of thousands of dollars worth of leather and metal implements of mass desecration. Trust us when we tell you—that’s totally not the case.

So, since kinky isn’t an easy definition, we’re going to offer up a tiny quiz. The scoring is easy—just give yourself one point for every one of the following activities that you engage in, at all, or that you fantasize about:

-Tying up your lover (or being tied up by your lover) with anything from your Hermes scarves to barbed wire
- Being ravished, roughly or gently
- Having someone do your bidding—or being the person that’s doing it.
- Experiencing some discomfort or pain during sex (like having your nipples pinched, or being bitten)
- Giving strong sensations to someone that they really want (like, biting them or spanking them)
- Role playing, especially role play that involves power dynamics—teacher and student, pirate and wench, even mean babysitter and naughty kid (or vice versa!).
- Consensual resistance—saying “no”, even though you really mean yes.
-Dressing up in various fetish attire—leather, latex, PVC, lingerie, cling wrap—in order to get turned on and turn on your partner.

Well, did you score anything? Even one point? If so, congratulations—your kink flag and official membership card are on the way to your house right now. If not—no worries, because “vanilla” (though we hate the term) is still one of the most potent flavors in the world!

The biggest misconception about kinky behavior is that it’s not normal or healthy—and I’m here to call bullshit on that idea. There really is no level of “normal” when it comes to sex; every person gets off in slightly (or greatly) different ways, so figuring out which of those ways are “normal” would take a thousand monkeys sitting at a thousand different computers at the Kinsey Institute decades to compute.

Whether it’s healthy is far less easily defined—many people think that if someone gets turned on by the exchange of power, delivering or receiving pain or strong sensation, or bondage in any of its varied forms, that they’re somehow emotionally or psychologically ill. However, the key concept that many practitioners of BDSM (and many mental health professionals) focus on is that of consent. If all parties involved understand the risks of what they’re doing, and if they trust their partner and are willing to agree to proceed with their activities, and they’re doing so in a way that’s responsible, their consent can be seen as a conscious, healthy choice.

What Do I Do Now?

Start out slowly, especially if your fantasies are more of the “whip me till I pass out” variety—there’s a lot to learn about, and a lot of ground to cover, between a gentle spanking and a heavy corporal punishment scene! I often suggest that people imagine their fantasy playing out, and that they take note of what the “key” points are—in the whipping scene we just mentioned, is it the actual pain, or is it the loss of control, or is it the feeling of enduring the whipping and overcoming the sensation, or something totally different? This can help you find ways to explore that are more likely to give you what you want. If you really want to feel a loss of control, there are hundreds of other ways to explore that in ways that don’t require your partner be a master whip artist; perhaps starting out with some of those and dipping your toes into the kinky pool can give you a better perspective on what you’ll really get off on!