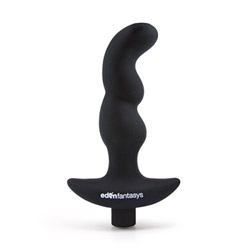 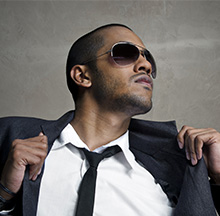 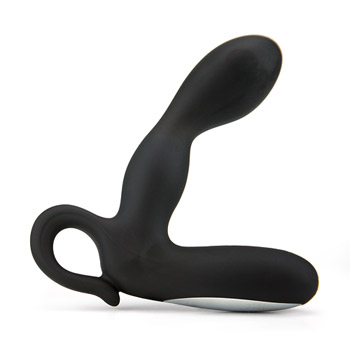 Spotlight on the JeJoue Uma (and a giveaway)!

With this JeJoue Uma giveaway, we’ll be giving away a lot of fantastic prizes! First place will win a JeJoue Uma of their very own! Second place will be receiving a $50 giftcard to EdenFantasys, and third place will receive a $25 giftcard to EdenFantasys. This week, we’re also offering an extra way to earn more entries! You’ve heard of a video blog, right? Well, if you make a short video about why you want the JeJoue Uma, you’ll be given ten extra entries to win the JeJoue Uma! How awesome is that?!

Sinfully says: Uma is the strongest internal vibrator I have encountered as of yet, and is now my new favorite. The silky smooth silicone makes for easy insertion with a small amount of lubricant. While she doesn't have an extreme curve she is ideal for g-spot stimulation. She is very firm and could be used for thrusting, although I much more prefer just rocking her back and forth. The powerful vibrations Uma provides also feel great on the clitoris as well as other parts of the body. Since Uma doesn't have a flared base you wouldn't want to use her anally.

stainedclear says: In terms of vibration, I cannot say enough how thrilled I am to have a Mimi in long form. I have long wished to have Mimi's vibrations be insertable and Uma has made my wishes come true. The combination of Mimi and Uma together resulted in, no lie, what felt like a five minute long orgasm. The vibrations fell in sync and rumbled at the same pitch and I guess something about that just clicked. If you order the Uma and don't have a Mimi, you seriously need to consider getting them both.

First off, go enter the EdenCafe giveaway. After that, come back here and let me know which color of the JeJoue Uma you would want to own!
Reply
01/18/2012
All promotions

Lux LX-2 Prostrate toy
I have read the reviews for this toy but other than the 4 reviewers has any one else use this toy please let me know.

10 function prostate massager?
Has anyone used 10 function Self Pleasing Prostate Massager by Cal Exotics It looks strange but it also looks like it might do the job really well.

blogspot.com vs .com
i have a domain, but have been still using blogger instead of my .com

can anyone give me some advice on the pros and cons of each. and if i...

More moving prostate toys!
I've seen quite a few prostate toys that the head either rotates or moves like a finger. The Loki Wave or Nexus Revo are fine examples.

Cancer of the prostate/ Radical prostectomy
In 09 I was diagnosed with stage three prostate cancer, the removed the prostate and surrounding nerves. They alone destroyed any thought of me ever..

bevo1
I travel for a living and since I cannot bring my husband and on my trips I can make this my next best friend. I'm allergic to rubber and finding a good toy to play with without having a major reaction is very important to me.

I like a toy with strong vibrations and with deep penetration. I don't care for the color. Like the Navy I'm looking for a new adventure.
Reply
01/20/2012

Gracie
Quote:
Originally posted by Antipova
I wonder if they're ever going to stock black? That's the color I'm "voting" for...
me too! We want the Black one!!
Reply
01/20/2012

AHubbyof2SexualMinds
So excited, I won this for my wife, she can't wait for it to arrive in purple.
Reply
01/28/2012