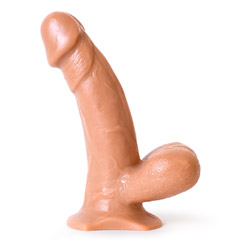 Our New Lover Is Vampire Proof

Dual density means that it is soft on the outside and firm on the inside. This creates the illusion of a real penis. The material warms up to body temperature within just a few moments, which is something I love. Nothing is worse than a cold cock on your skin.

It is boilable, bleachable, dishwasher safe and can be cleaned with ordinary soaps or toy cleansers. Compatible with oil and water based lubricants, it is not recommended for use with silicone lubes. The manufacturer recommends storing it in the original packaging, standing upright and separate from other toy materials. 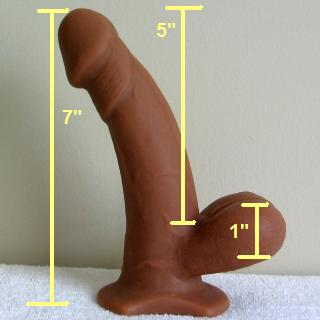 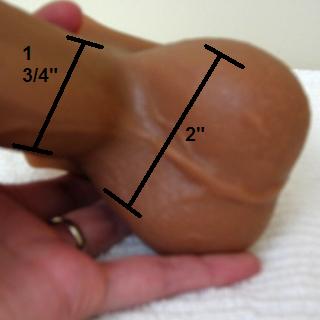 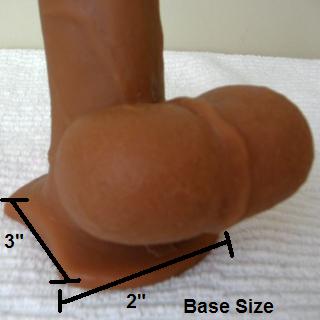 The incredibly awesome thing about the Goodfella is how flexible it is. This is where the dual density core really comes into play. It's firm enough not to flop out of an orifice on its own, but soft enough to not mutilate the hole you're pounding with it. With my large TPR toys (my largest is 9" insertable with a 6" circumference), I found it was really hard to say naturally lubricated but I didn't have that problem with the Goodfella. 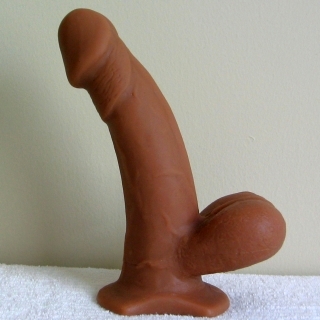 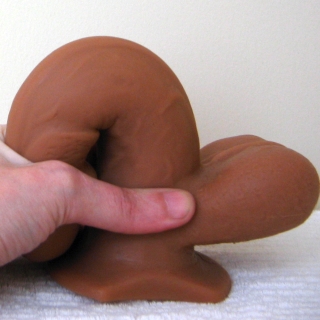 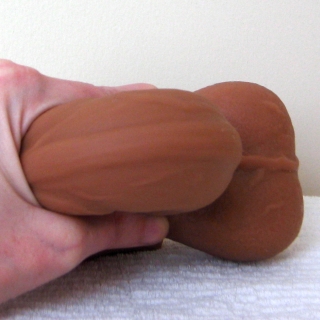 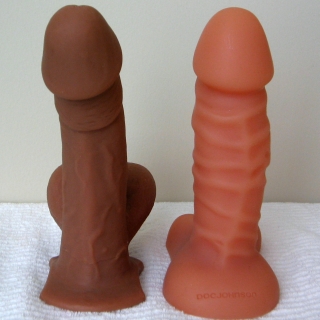 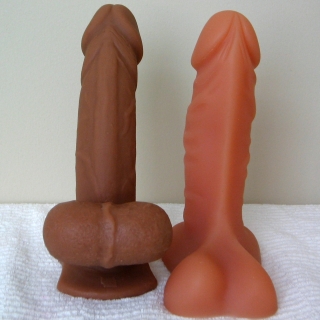 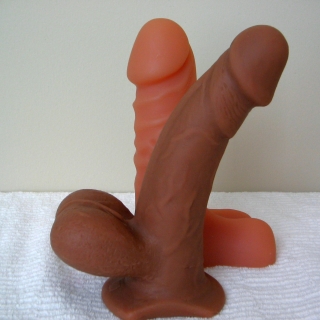 The Fun Stuff: My first impression was it is too small. We enjoy the visual of a large cock in tiny places, but those weren't ideal for multiple sessions for me. My vagina would protest by drying up and clamping down, creating small tears in my skin and pain. Not sexy. I needed something slimmer and more petite to really act out our fantasies of double penetration.

My first solo session quickly put to bed my fears about the size. I still felt full. I could easily thrust without my forearms getting tired and the balls really added to the fantasy of being fucked by another man's cock while my husband watched. He kept murmuring that it "looks so real". I even think I got a "well done!"

Finally, there is gender play. I have two harnesses; the Pete Commando packer and a leather harness. Goodfella's base sits behind the balls so it may not be compatible with all harnesses, but given how flexible it is you should be able to thread it through by pinching the base together on either side.

The Pete Commando is meant for soft packers and is more like underwear---the Goodfella will not fit in the top pouch. It's too long and too hard with too much of a curve. Bending it is of no use either, there just isn't enough material. I tried to sleep through the night using the Commando harness and the Goodfella. I sleep on my stomach and it felt good pressed up against my belly, but I had a really hard time rolling over. I tried laying on my side with the dildo pushed behind my thighs, but I found myself pressing my knees together in an effort to keep it from popping up. I'm surprised I didn't dream I was a bull in a china shop. I took it off after four hours. 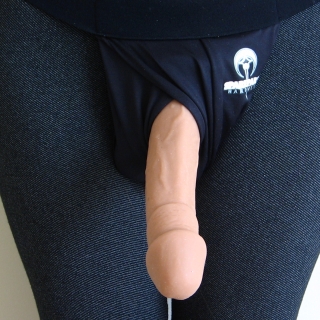 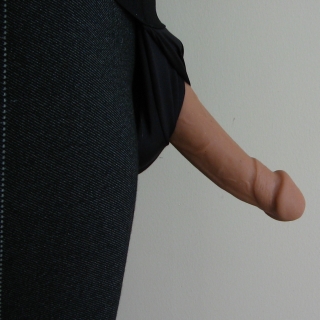 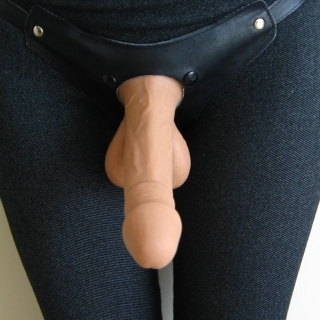 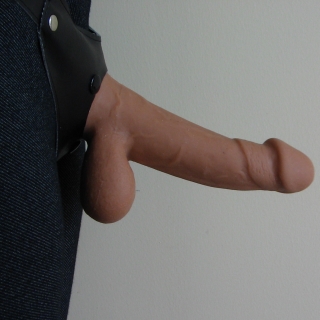