Hitachi, Hitachi, turn down thy vibes.

This is one of those things that everyone should have. It is guaranteed to bring pleasure and definitely bring them in record time. Even if the vibrations are too strong for you, it doubles as a back massager.
Pros:
Strong, powerful, no batteries
Cons:
May be too strong for some, short power cord
Rating by reviewer:
4
extremely useful review

Hitachi is a multi-function, multi-speed vibrating wand that is best known for its powerful vibrations and plug-in power source, making it perfect for hours of fun without changing batteries. It's great for a massage after a long day, or a massage when you want to play! Saddle up and hold on tight, girls. This truly is one powerful ride. Just make sure to hide it from your partner, as this toy is equally satisfying for both men and women!

The material is listed as plastic and is Hypo-allergenic, latex free and phthalates free. There isn't much texture, but it does do a lot to add resistance. The texture is very pleasurable. 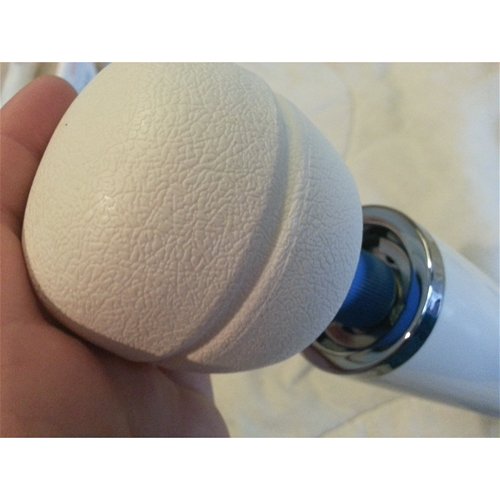 Being that it is so discreet, it is perfect for travel. Also, having a power cord means you won't have to worry about running out of batteries while on vacation. 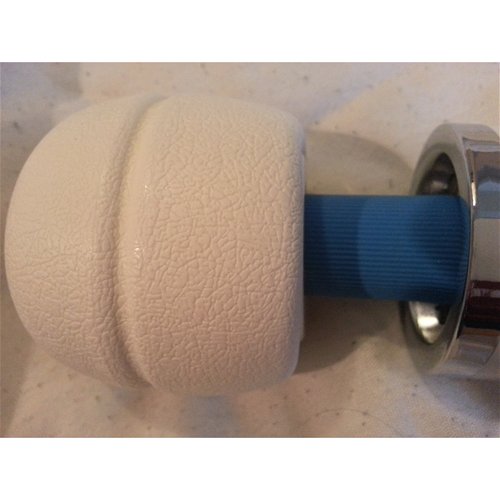 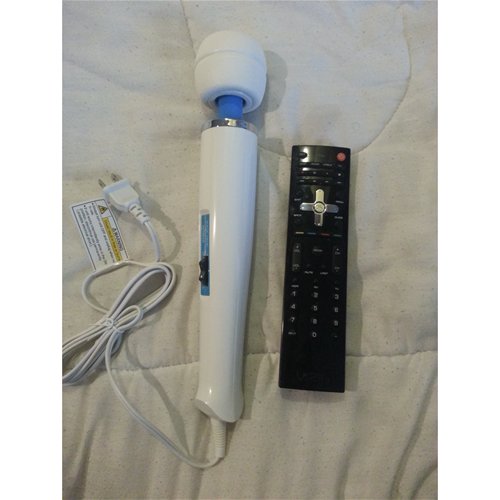 There is switch on the handle with three options- High, off and low. The size might be a little difficult for some to manuever, and the short cord can be a pain, but the overall use is quite uncomplicated making it perfect for beginners or anyone looking for some extra power.

The vibrations are focused mainly in the head, and from what I can tell the motor is there as well.

Being multi- functional, the Hitachi can be used to body massages or as an exciting sexual massager. The vibrations are strong enough to work out back and body pains but can be gentle enough to bring on orgasmic pleasure in both men and women.

This toy is VERY loud. I mean floor vibrating, door rattling loud. I'm sure you could pass the noise off as a blender, vacuum or something else that makes obnoxiously loud noises. The noise is an even exchange for the power though.

The Hitachi is definitely NOT waterproof and should never be used or stored near liquid. The safety instructions say not to use on a wet body. 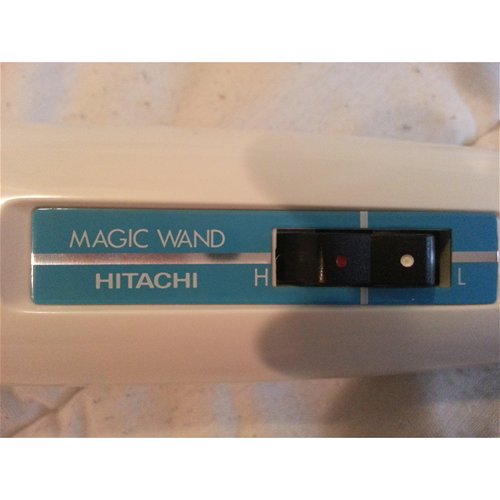 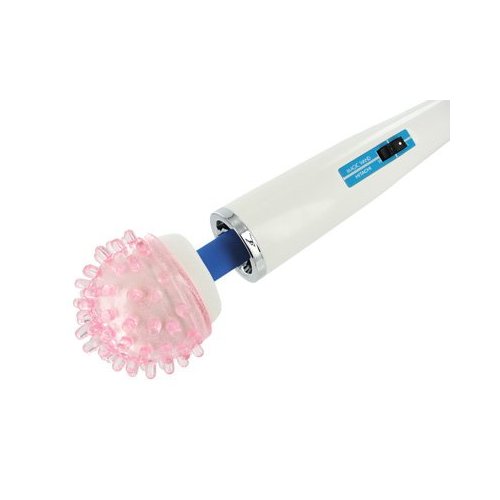 The tricky part about caring for the Hitachi is that it has a power cord and isn't waterproof. The instructions say not to clean with water. They say "if necessary, wipe with a damp cloth- certainly not while it's plugged into the power source. Don't use substances such as benzine, lacquer thinner or other volatile chemicals." Since the covering is removable, I recommend removing that and washing it with soap and water between uses and allowing it to air dry before replacing it.

It is recommended not to use on wet areas of the body, but that might be as easily avoidable as the manufactures think being that this is sold so frequently as a sex toy. Oddly enough, it also states not to use in bright sunlight.

Do not use for more than 25 minutes, as it can cause the outer casing to heat and transform and break down. It gets pretty hot so you'll know when you've been using it too long if the numbness doesn't get to you first. Don't use it for extended periods of time under a blanket or pillow due to concerns of fire, electric shock or injury. Also, try not to block the airways on the device to prevent, once again, overheating.

Okay, after reading this I'm sure a lot of you are wondering how to use it without spontaneously combusting. Just use this toy with CARE and watch what you do. You should be fine exploring its many uses as long as you do so responsibly. 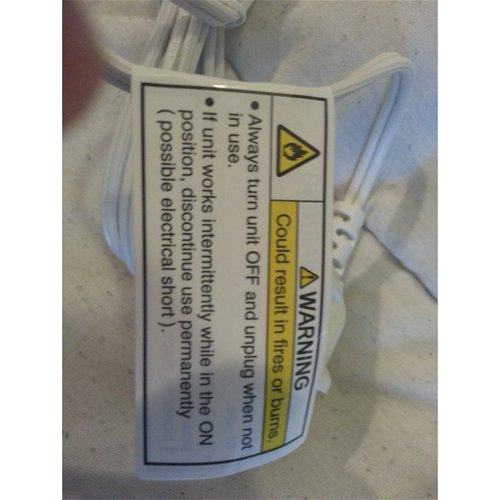 The Hitachi comes in an extremely discreet package. There are pictures of men and women massaging their backs in what looks like sports clothing. The writing on the box gives no indication that it could be used for naughty desires, blandly stating that it is "A two-speed massager, soft flexible head, relaxes sore muscles, deep soothing vibrations, helps relieve tension and dual speed control." I wonder how many times I've seen this laying around someones house and never paid it any attention. It almost looks like one of the "as seen on tv" products.

There is a booklet FULL of information regarding safety, care, storage, and even an illustrated guide to massage- non-sexual, of course. There is a limited warranty certificate in the box as well.

The packaging is perfect for gift-giving, as it only states it's use as a muscle massager and tension reliever. There are no obscene images on the box. I'm considering giving this as a gift just to see the look of confusion on their faces.

Make sure to keep the packaging. It can be good for hiding the true intention of it and since it is so big, it is a much better option than leaving it around the house. 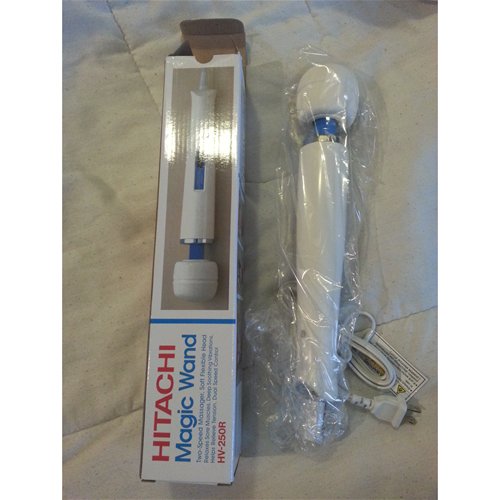 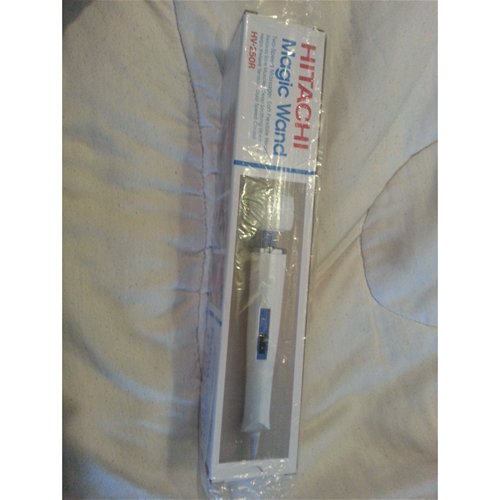 At first, I had an issue with with the powerful vibrations. I was expecting this to be more powerful, not just faster. It took a while to get used to but now I've found the perfect way for me and it is to put it under a pillow and grind on it, leaving my clothes on, despite the instructions! Like I've said before, the cord can be a nuisance. It was hard to find the best position without ripping the cord out of the wall. The other problem I had was that the power button is easy to hit, making the Hitachi turn off without any warning.

All of that being said, this is by far the most powerful toy I have ever had. That may be a good thing for most of you power loving gals, but for those who want a more gentle touch this requires some skill. I've never had an orgasm so fast using any toy, period. Even with the constant moving and re-positioning this one is a winner. Watch out though, the numbness is no joke.
Follow-up commentary   I've started to like it more 4 days after original review
I've gotten used to this one... a little. As long as you don't use direct stimulation on your clit it should be fine. Putting pressure and massaging downward helps, as you aren't putting stimulation directly on that super sensitive spot and you can kind of diffuse the vibrations that way. Also, working in circles with a decent amount of pressure works wonders, you get to change up where you feel the vibes but still get the subtle and teasing clitoral stimulation a little at a time.

I can only use the low setting. Interestingly enough, my boyfriend is better at using this on me than myself. Mostly because the power cord is more manageable for him and the position of him sitting between my legs makes it easier for him to pull and massage downwards.

Make sure to use a lot of lube. I use a spray lube called gurrltoyz but I could only find it on eBay. Any water based spray will work really well. I think Eden Fantasys has one called toy lube. I like the spray because you don't end up getting a bunch on the toy and it isn't as messy. The Hitachi isn't waterproof, remember?
This product was provided at a discounted price in exchange for an unbiased review. This review is in compliance with the FTC guidelines.