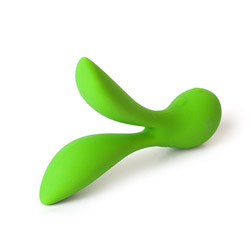 Looking for a rabbit that's not exactly a rabbit? Vitality may be for you. Its dual motors allow you a level of control not present in many vibes. It's also won toy of the year, what more could you want?
Pros:
Green, Silicone, Rechargeable, Two Motors, Quiet, Modern.
Cons:
On the smaller side for some.
Rating by reviewer:
5
extremely useful review

Vitality is on the smaller side for rabbits and is not intimidating in anyway. This could make it a great option for a beginner. It also might attract those who don't like traditional, more monstrous rabbits since Vitality is a more modern and slimline version. The toy is quite discreet so it is an option for those who live with others. Even if you have roommates, you can enjoy Vitality in the shower since it is waterproof. The size of Vitality makes it easy to travel with which is great for ladies on the go.

Vitality is made with silicone. Silicone is one of the safest materials for the human body. It ranks a 10 out of 10 on the Eden Materials Scale. It is non porous, so it can be sterilized. it is also hypoallergenic and made of food grade materials. The silicone has a slight drag so you can add a drop of water based lube for an easier glide. The silicone is smooth; any texture comes from the shape of the toy. There is a seam that bisects the toy down the middle. It is apparent, but it seems it has been smoothed out a bit more compared to earlier productions of the toy (when looking at pictures of older ones). I still think a better job could be done with the seam, but it doesn't make cleaning more difficult; it's aesthetic.

The silicone has no overt smell. The base of the to is solid but the ars are flexible. They are most flexible at the joint where the join the base. Heres are a couple of pictures showing the range of motion Vitality has. 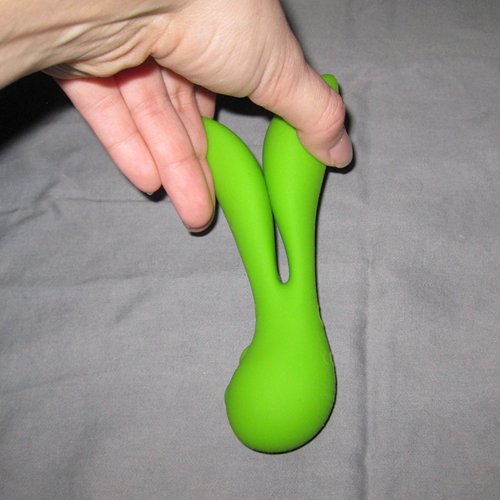 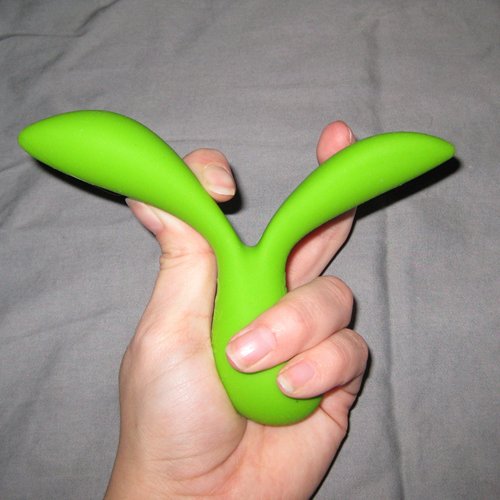 The design of all Leaf products are based on a part of a plant. Vitality look like a node on a branch where the stems shoot from. It does not scream sex toy like most other products, but a person only needs to play with the buttons to figure out what Vitality is. 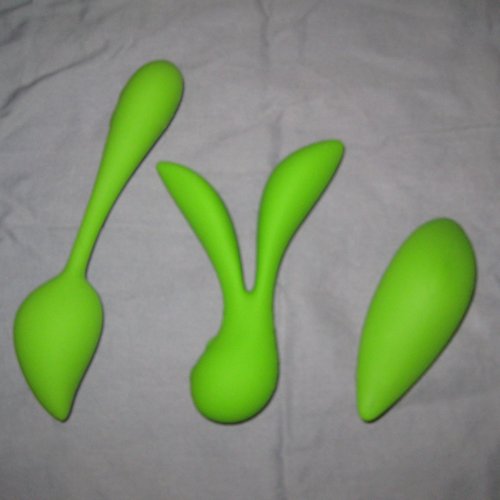 What's interesting about this rabbit is that the ears are naturally away from each other; they curve outward. It seems a little counterintuitive, but most women should still be able to stimulate their clitorises. Vitality can work for beginners or more experienced users who prefer more petite toys. When in the canvas pouch Vitality is easy to travel with. It can fit in a purse or bag easily enough. In terms of noise, Vitality is about 2 Bees. Just make sure the ears don't knock into each other. This can be solved by inserting the toy before turning it on. You shouldn't be heard beyond your door (a blanket over you can be extra assurance).

The controls on Vitality are a cinch. The base of the toy has two buttons. Each on corresponds to a motor. To turn a motor on, simply push the button. It'll turn on to its lowest intensity. To increase intensity, press and hold the button. The intensity will increase. You'll know it's reached the max when the light on the button begins to flash. To turn of the motor, just press the button without holding it. The buttons both work the same and both can be on at the same time.

The vibrations are more rumbly than buzzy. They are fairly strong too. Each motor is located in the widest part toward the tip of each ear. The vibrations are 4 Vrooms, with intensity ranging from 1-4. This will probably work for everyone but those who need wand toys like the Hitachi to achieve orgasm. One thing to note is that Vitality, like other Leaf products, does not have any special patterns, just varying intensities. This is fine for me since I never really use patterns and consider them a fun plus is anything. If you are a pattern person, this won't cut it for you.

Vitality is rechargeable and waterproof. It has a resalable port that creates an air bubble to keep water out of the toy. It took less than 2 hours for mine to charge the first time around. It has a decent batter life. I get about 50 mins to an hour with it. It might be more, but I never like my toys to die on me so I preemptively charge them.

Care for Vitality is a breeze. Soap and water, wipes and/or sprays will all work. Just make sure you pay extra attention to where both the ears join. It's a narrow gap that can collect debris. Other than that, I wouldn't say cleaning is difficult. It could be the color of the toy, but lint doesn't seem to collect on this toy like other silicone toys. It will pick up hair, though.

Once clean and dry, Vitality can go in its canvas storage pouch. The pouch is pretty heavy duty and is more protective than most pouches. In the pouch, the toy is discreet unless someone knows about Leaf. It can go in a drawer or wherever you store your toys. Only use water based lubricants with Vitality.

The box is gift worthy. It is also eco-friendly, so friends who are green will feel less guilt with this toy. The instructions are thorough and informative. The packaging is pretty discreet. There are no nude or trashy pictures on it.

Vitality is the third toy I have owned by Leaf. My first toy was Bloom and then Life. Where do I think they measure up? I would rank them as Leaf, Vitality, and then Bloom. I would place Vitality and life very close together though. Bloom is still a good toy, but I think it falls behind the other two. It has two motors but one motor is exactly where the controls are. The seam is a lit more obvious on it compared to the other vibes. It is highly flexible, making firm stimulation difficult. Still, it's a great toy and is one of my favorites. It's not that Bloom is bad as much as I think the others are better. Vitality is much more versatile. Life is a really great clitoral vibe.

I will continue to buy from this line. My next one will probably be Fresh.
This content is the opinion of the submitting contributor and is not endorsed by EdenFantasys.com