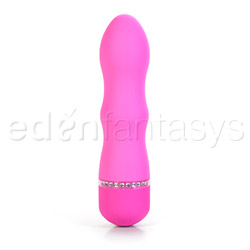 Diamonds are a girl's best...vibrator?

For my first encounter with the Diamond Fairy, my partner used it to tease my labia and clitoris, alternating between the middle and high speeds. Eventually he left it on the highest speed, then brought me to orgasm by pressing it against my clit. The vibrations, while not the most powerful I've experienced, were still powerful enough to bring about a climax.

The Diamond Fairy is made of plastic, and rates an 8 on the material safety scale. It is non-porous, made of food grade material, is hypo-allergenic, and it's latex and phthalates free. Since it is made of plastic, it's rigid and unbending, but the texture of its surface is velvety smooth and soft. If you love a smooth textured vibrator, you will love how this one feels. If texture is more of your thing, you will need to look elsewhere. The Diamond Fairy is super smooth, and would appeal to either beginners or advanced users if this is the type of texture they prefer.

There was a very, very slight chemical odor when I removed it from the packaging it arrived in, but I had to hold it right up to my nose in order to smell it, so I would not say that odor was an issue.

As for design, in addition to the velvety smooth, pink plastic surface, the Diamond Fairy has a straight shaft with some gentle wavy-type curves along the body. The rhinestones that ring the base are set underneath a ring of clear plastic, so you don't have to worry about them falling off. Esthetically, I find the Diamond Fairy very pleasing.

Size-wise, the Diamond Fairy is 5.5 inches long, and 4.25 inches of that length can be inserted. It has a circumference of 4.25 inches at the widest point on the body. Being a girl who prefers clitoral stimulation over insertion, I find the size of the Diamond Fairy to be just right; not too small, not too big. I would also say that this is probably a good sized toy for a beginner, and I wouldn't necessarily rule it out for advanced users either. However, it won't work for those who need something thicker and longer, or something with super strong vibrations. 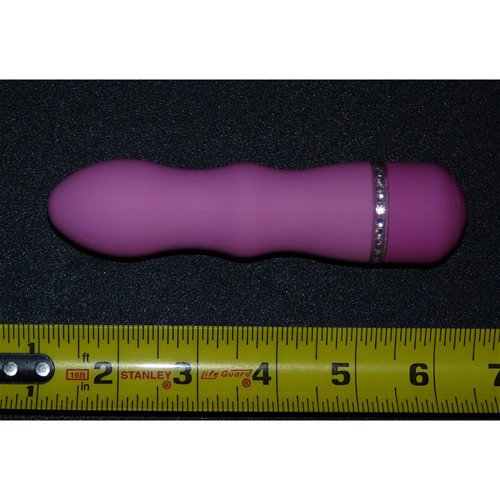 At only 5.5 inches, I would say this toy is easy to tuck in a drawer, and it's small enough that I would pack it in a suitcase for travel.

The first speed is rather low and rumbly, and while it's a fine speed to begin with, it's not going to take you to the finish line. The second speed is faster and more buzzy in nature, but as with the first speed, it most likely won't get the job done. Finally, the third speed is the buzziest and the fastest, and for me, it felt the best. As for the noise level, I didn't think it was terribly loud, so it could be used discretely in a roommate or dorm room type situation.

I haven't used this toy by myself yet, but I asked my partner what he thought of the controls, and he said he didn't have a problem with them and found them easy to use. I also have not taken this toy in the shower, so I can't comment on how it performs in water. That might be a good activity for my follow up review. 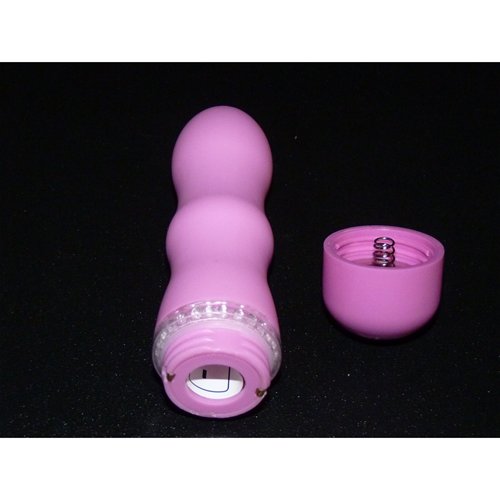 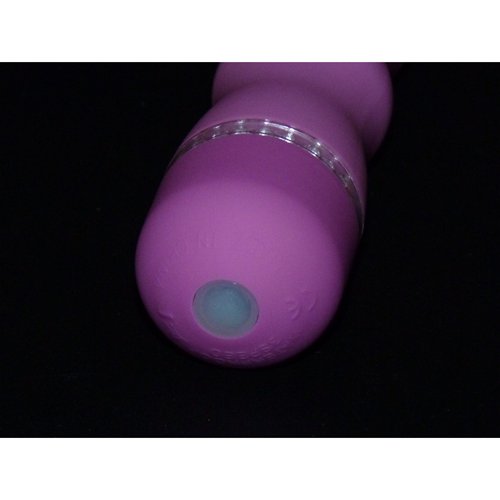 Made of plastic, the Diamond Fairy is non-porous and easy to care for. After use, it can be washed with soap and water, or you can clean it with a toy-cleaner spray or wipe. It is also compatible with either water-based or silicone lubes. I did not use lube when my partner and I played with it, so post-play clean up was really easy. I used warm water and soap, rinsed it well, then dried it with a soft towel.

As for storage, I placed mine back in the packaging it was shipped it, then stored it in a box in my closet. From what I have read, plastic does not tend to have a negative reaction when stored with other toys, so simply storing it alongside your other toys should not present a problem.

When I received the Diamond Fairy, it was wrapped inside a small, clear plastic pouch that was tucked inside a clear, plastic Eden Fantasys container. Instructions for use were not included in the packaging. Personally, I would not use the packaging for gift purposes, but I did re-use it for storage purposes.