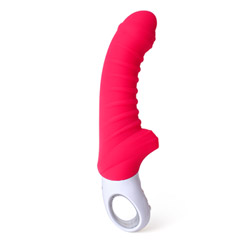 The One I Wanted to Love

Just in case you aren't familiar with rabbit vibrators, they are designed to stimulate both the vagina/g-spot and clitoris simultaneously. As such, Tiger is marketed for female bodied people. It could technically be used anally if you wanted since the control pad serves as a base of sorts. It can also be used externally in a variety of ways: by cradling the shaft against the body, using the broad side of the head head, or just the tip, depending on your preference.

Tiger can be used solo or by couples. If a partner uses it on you, make sure you communicate well. Although the silicone has some "give", it's a rather large toy for most people.

The insertable part of Tiger consists of 100% silicone, which is phthalate-free, hypoallergenic and non-porous. It earns a "10" on Eden's safety scale, the highest possible rating. Silicone is one of my favorite materials because it's so safe and easy to maintain. The only downside is that it does attract lint, but this is easily remedied by either keeping it covered when in storage, or giving it a rinse before use. The handle of the toy is made of plastic. Plastic, like silicone, is easily cleaned and doesn't retain germs or odors.

I've found that silicone toys can vary quite a lot in terms of texture. Some are harder than others, some feel smoother to the touch while others are less so, etc. Tiger has some give to it, but not a whole lot. I'd say it's probably medium firmness, as far as silicone goes. It isn't completely smooth; it has a slightly "fuzzy" texture. That contributes to drag, but can't really be felt internally.

The Tiger is enhanced by a total of 12 ridges from the head to clitoral stem. These can definitely be felt during use! That can be a good thing or a bad thing depending on how you feel about texture.

Tiger comes in two colors, red or blue. I chose red, and was surprised that the color is much different from that shown in the product pictures. Rather than a bright, vibrant red, it's more of a muted deep pink. I personally didn't mind as color is one of the last things I care about when it comes to selecting toys, but I wanted to let others know about it.

Design-wise, it's very futuristic-looking. In my opinion, it looks like the high end toy that it is, but still fun and whimsical. It's not realistic at all. It has a shaft and a head like a penis, but the resemblance ends there.

The head is angled up for added g-spot stimulation. As mentioned above, there are ridges on the upper (clitoral stem) side that provide some texture. For me, they were almost too much combined with the toy's overall size, but I think they would be fine for most people. 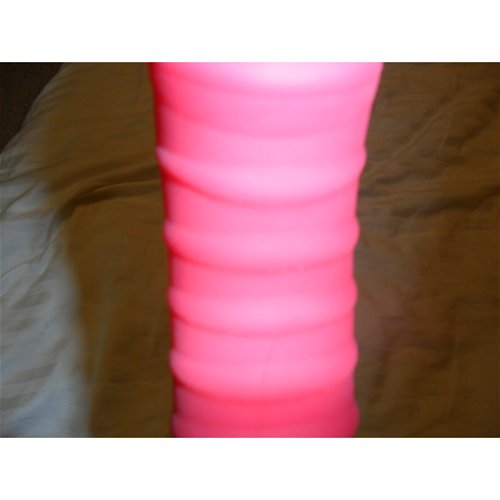 Tiger is a rather large toy at 9" long, 6" being insertable. If you have a shallow vagina, you might find it hard to contact your clitoris while remaining comfortable. Also, the 5" circumference combined with the deep ridges means that those of us who are on the tight side might have some difficulties. This can be remedied by warming up with a smaller toy before using Tiger. I would say this is for those with some experience with toys. If you're not sure if you can take the size, I recommend investing in a similar-sized but less expensive toy before taking the plunge. 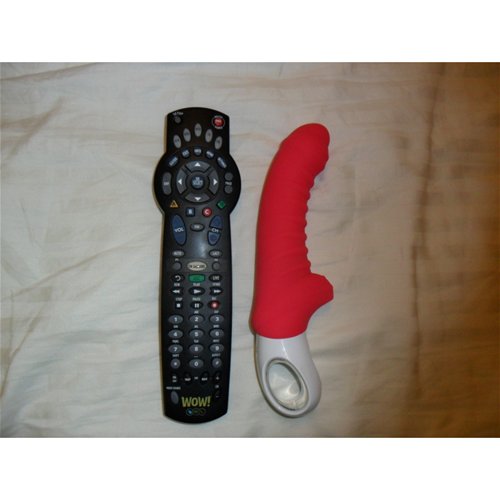 Tiger is very simple to use. There are just three buttons on the control pad. To turn it on, press and hold the " + " button. The power level can be changed by pressing this button again until you reach the desired power level. Conversely, you press the " - " button to turn the power down. Be sure not to hold it or you will turn off your Tiger, and have to start all over again. The star is the pattern button; there are four that I will attempt to describe:

2. Rapid-fire pulses, reminds me of a machine gun

4. Starts out slow and gradually speeds up

The caveat to the controls is that if you decide to change the power level when in pattern mode, you lose your pattern setting and go back to regular vibration. This can be a major annoyance for someone like me who gets bored easily. Your last setting isn't saved either, so you have to go through the modes to find your choice.

The good news is that Tiger is strong and rumbly, especially in the shaft. The clitoral stimulator is somewhat weaker, but it still packs a pretty good punch. For as strong as it is, it's not too noisy. It can be heard under covers, but probably not through a closed door.

Tiger charges using Fun Factory's Click N' Charge magnetic charger. Some people have said they had a hard time getting the charger to 'stick'. I had a different problem. I notice that no matter how long I charge Tiger, the red light never changes. I'm not sure if it's supposed to be that way or not, but I would think it should at least change colors so I know that it's fully charged. I'm not sure if this means I have a defective charger or a defective toy. 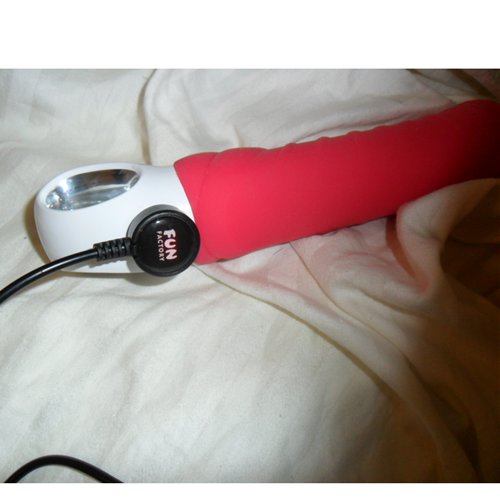 On a final note, I haven't used this underwater, so I can't vouch for that. I do obviously use water to clean it, and it has been splash proof to date.

Storage: never let a silicone toy touch silicone. There is always a chance of warping it that way. That includes silicone-based lubes. There are so many great water-based lubes that this shouldn't be a problem; Ride by Sliquid is my personal favorite.

The box Tiger came in looks just as nice as the toy itself. It's what you would expect for such a high end toy. There is an outer sleeve encasing a box in which the toy, the charger, and the manual rest. It's NOT discreet because it has a huge picture of the vibrator right on the outer sleeve. It would be nice for gift-giving, but it's not the ideal for storage because it's so large and takes up a lot of space. I was a little disappointed that there was no pouch included since that would be my ideal way to store it. I won't bore you with a ton of pictures, but here is a shot of the outer sleeve: 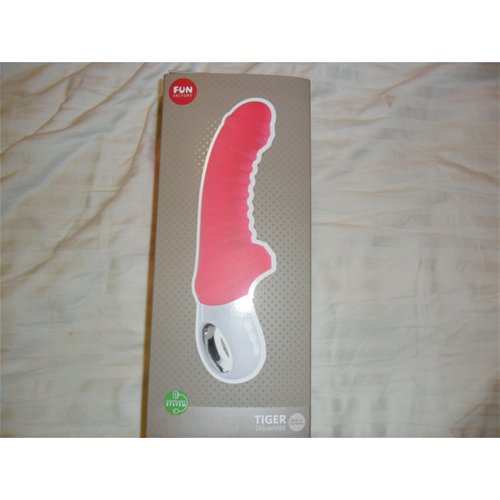 Fonzie
$39.99
Follow-up commentary   I still like it 1 month after original review
I continue to enjoy G4 Tiger on my clit. I've also found, happily, that I CAN use it as intended, comfortably, AFTER intercourse when I'm a bit looser. The toy has held up beautifully with 3-5x weekly use. Even though it wasn't a perfect fit for me, I still highly recommend it.
This product was provided at a discounted price in exchange for an unbiased review. This review is in compliance with the FTC guidelines.