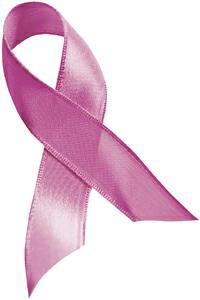 Breast Cancer has touched many of our lives in ways with both positive and negative outcomes. Sharing these experiences reveals just how far we've come in the battle against cancer; it also exposes the grim reality for many who must fight this battle with inadequate or no insurance benefits.

When I was six months old and my mother was 25, she had a lumpectomy as the result of what turned out to be a benign growth. Thirty years later, in 2007, my father’s mother was diagnosed with breast cancer. When my husband found a small, hard lump in my right breast in 2009, I was torn. On the one hand, I was barely in my thirties, much younger than the typical breast cancer patient. The average age of diagnosis for the inflammatory type of breast cancer is 56, and the average age for other types is 62.

Younger women do get breast cancer, though, and if my grandmother had it, I figured it was much more likely to run in my family. I also kept it in the back of my mind that my mother had been through the same experience, and it turned out to be nothing. She later told me she never even worried at the time – in the ‘70s, breast cancer awareness was nothing like it is today.

I made a doctor’s appointment immediately, and my family doctor set me up with a mammogram appointment within three weeks. When I got there, the doctor cancelled the mammogram, saying at my age, my breast tissue would be too dense, and they might get a false positive. Instead I had an ultrasound. It revealed two neat little white circles filled with dark gray. The dark gray, the doctor assured me, was a good thing – water. They were benign cysts. Unless they grew much more and started to bother me, they didn’t even need to be removed.

I still have them, two innocent little pebbles beneath my skin. I wonder if my boobs’ growth from perfect B-cups up to the borderline between C and D over the past decade had anything to do with the cysts. I think about breast cancer, but I don’t worry about it.

My dad’s mom, Gloria, was born in 1934. She has two brothers and three sisters. As far as she knows, no one else in the family had ever had breast cancer before 2007. In June or July of that year, my great-aunt “Lily” was diagnosed with breast cancer. (Lily is not her real name; my grandmother collaborated with me on this story, but her sister was not aware of it.) My grandma had never had a mammogram, but she was fairly good about giving herself regular self-exams. Years ago, after gall bladder surgery, she’d told her family doctor she was sick of tests, so he never pressed her to get any.

In October, only months after her sister’s diagnosis and in the middle of Breast Cancer Awareness Month, she found a large lump in her left breast. It was accompanied by pain, but she was afraid to go to the doctor right way. Even though the lump appeared suddenly, she waited about a week before going to her family doctor. He sent her immediately to a surgeon, who did a biopsy and was able to tell her very soon that she had cancer. Three and a half weeks later, surgeons removed the lump, two other dark-colored growths near the nipple that turned out to be benign, and two sentinel lymph nodes in her left armpit. The lymph nodes also turned out to be cancer-free. As a result of the surgery, she had pain in her shoulder for more than a year.

After the surgery, she had four chemotherapy treatments spaced three weeks apart. She never lost her hair or experienced severe nausea, but she was so exhausted she couldn’t get out of bed some days. She had terrible night sweats, and she could smell the weird, distinctive smell of chemotherapy coming through her pores. Her doctor wanted to do additional treatments, but she was afraid she wouldn’t be able to survive them. After the chemo, she had to have 32 radiation treatments. She was not able to take Tamoxifen because her cancer was the estrogen receptor-negative type. Only breast cancers that respond to (and are in part caused by) estrogen can be treated with Tamoxifen.

Four years later, she still does self-exams. She says she doesn’t feel self-conscious about her body and that the effects of the surgery are hardly noticeable once she’s dressed. She still sees the surgeon and the radiation oncologist each once a year, and while they’ve never officially told her she’s cancer-free, she hasn’t needed any additional treatments. She does take an antidepressant from major depression, diagnosed while she was being treated for cancer. It’s obvious she doesn’t enjoy talking about her cancer, but she does get proud when she uses the word “survivor.”

My grandma doesn’t worry about me, my aunt or my female cousins getting the type of cancer she had; she’s convinced it wasn’t caused by genetics. Because of the excellent coverage provided by her supplemental insurance on top of Medicare, she has not had to pay any medical bills out-of-pocket. Her sister Lily, who did not have any supplemental insurance, had a much different experience.

Lily is two years younger than my grandmother. Their mother died when they were young, and their father largely abdicated the responsibility of raising the six siblings. They were bounced around from relative to relative and often separated, but Gloria and Lily remained closer than any other two. Lily had a history of fibroid growths in her breasts, so when she found a lump, she assumed it was a fibroid and didn’t worry about it.

In fact, Lily’s doctors later told her she’d likely had the cancer for ten years; fortunately, hers was a very slow-growing type. It had, however, spread to her lymph nodes. She underwent a lumpectomy and the removable of the sentinel lymph nodes. Her doctors tried to convince her to chemotherapy, but Lily refused. Her decision was based on two factors: she didn’t want to experience the side effects, and she was afraid she couldn’t afford her share of the medical bills after Medicare paid its share.

Doctors told her the cancer would be back within a year if she refused chemo. Four years later, she hasn’t needed any additional treatment. That’s not quite true, though. She needed emergency treatment when, feeling overwhelmed by her medical bills, she purposely took an overdose of her medication. After that, concerned family members took Lily in and helped her get supplemental insurance. She’s still making payments toward her medical bills. Lily, too, is a survivor, though she has not been able to take the same pride in her survival that her big sister has.

There are two kinds of breast cancer awareness in America today. There’s the kind of breast cancer awareness you have when above-average health insurance, and the kind you have when your health insurance sucks and the cost of any medical care you might need will fall heavily on your shoulders. Economists call this condition “moral hazard,” when a person insulated from risk behaves differently from someone who must bear the full impact of her behavior. When it comes to health care, moral hazard can be a killer, as the uninsured and underinsured make risky decisions based on fear of rising costs.

These fears are justified. In 2010, the average cost of chemotherapy itself (not including doctors’ consultation fees, hospital stays and other related services) was $34,900. The anti-breast cancer drug Herceptin cost approximately $3,200 per month in 2006.

Cancer treatment plans should be individualized, but they should never be based on the number in the checkbook. As the public health care debate proves, however, there are no easy answers to the problem of how to insure the greatest number without bankrupting the system. It’s every boob for herself out here.

I still don’t worry about my breast cancer risk, but I do plan. I plan to get debt-free and well-insured so that by the time I’m 56, I’m in my grandmother’s position and not my great-aunt’s. Robert Frost probably wasn’t thinking of Breast Cancer Awareness Month when he wrote the poem, but his versified advice still rings true: “Provide, provide.”
Tags:
Views: 1598
Related articles