Define This: Father complex - what it is, and what it isn't 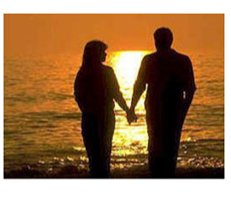 http://lelekrehangolva.network.hu/kepek/lelekre_hangolva/kezenfogva
Freud and Jung were the first ones to describe the phenomenon, but the views have since changed. Contemporary psychologists do not quite agree on what is and what is not a father complex – some even argue there is no such thing. In this article, I have tried to collect the most important highlights and features of the phenomenon.

So what is, and what is not, a father complex?

Father complex is oftentimes (mistakenly) considered to be younger woman’s attraction to older men. While it can be certainly a sign of this phenomenon, it is not necessarily part of it. Also, not all women attracted to older males have father complexes. Behind this attraction can be several reasons, from seeking the stability and safety an older partner can provide, a childhood trauma of being ostracized and tormented by boys of the same age, simple personal preference, having been molested in younger age, social customs (in the middle ages for example it was a common phenomenon) etc. A father complex has effects on more than just the sexual preferences.

The other inaccurate view is that women are looking for a new father in their partners. This is closer to the truth, and oftentimes part of the father complex, but in itself is a different phenomenon, called father hunger. This problem is not exclusive to females. The absence of a father figure can cause its manifestation in both genders. It causes the sufferers to “repeatedly seek out unactualized parts of the father archetype in the outside world.” (Jung) These missing parts are not necessarily the authority, the strictness or the rules. It might be an understanding person who shows you how to tinker in the garage or goes fishing wishing with you. Later, in case of an otherwise balanced need for attention and guidance can shift to a desire to provide it to their own children, to give them the experiences they were denied. Father hunger however, can develop into father complex.

So what is a father complex then?

Father complex usually develops when a child’s emotions are heavily marked by their father. It can be because they had an extremely close relationship and she was his favorite. It can be because he was the center of the family and everyone followed his lead and tried to please him. It could be because he was her “hero," the absolute positive role to follow. This in itself might not cause a problem. The problems start when the child starts to evaluate herself in comparison to the father, when the source of her self-esteem and self confidence is the father and their happiness becomes heavily dependent on the father’s approval. The father's personality would leave its mark on the daughter's behavior. For example, a smart but snaky father would have an opportunist daughter, while a hard-worker daddy’s daughter would be hard-worker too.

Later in adulthood most of them would seek out partners with authority and shift their dependence from the father onto them. Their self-esteem is often dependent on the approval of males, so many of them would mold themselves to the needs and wants of men, giving up her identity, uniqueness, institutions, and feelings. In lucky cases, they can find loving and caring partners who would encourage them to develop their own opinion, taste and abilities. (Like a daddy dom. See related articles. Not all women who call their partners daddy is in a daddy dom relationship, and not all women living in relationship with daddy doms have father complexes.) While they can grow and develop emotionally, most of them will be always dependent on their partners. In unlucky cases, they can end up in abusive situations they cannot easily break out from.

There are some advantages of the positive father complex. They are hyper-aware of the expectations of authority figures around them, they get along with the system well, and they can find jobs more easily as they can offer what the boss actually needs. They can fit in many situations and surroundings, and oftentimes they are successful in conquering new boyfriends or a husband. Oftentimes this comes with money and status of power. The drawbacks are that they are willing to give up themselves for someone else’s needs, therefore they are easier to take advantage of.
Tags:
Views: 1951
Related articles