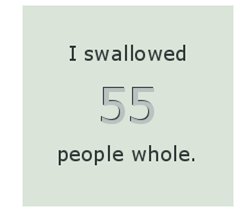 http://caeser.pasandorax.de/counter/counter/?id=5222
Have you had the desire to eat someone today? Whole? There's a rare fantasy fetish floating around the web called Vore. Frequently compared to cannibalism, vore has many different categories that appeal to vorarephiliacs.
Vorarephilia, or vore, is a sexual fetish in which people are aroused by the idea of being eaten, eating another person, or watching someone get eaten. The word vorarephilia is derived from the Latin word vorare, which means to swallow or devour, and the ancient Greek work philia, which means love. We’re not talking about oral sex here people, keep up. The nature of the vore fetish is both rare and physically impossible, so vorarephilia is solely a fetish fantasy. The act of eating another person in vore is generally not masochistic in nature. It is also different from cannibalism as the fantasy does not always include human beings or same-species partners, and does not always include digestion. The fantasy more often than not depicts a person being sucked up whole with no pain. It is generally enjoyed as a unique form of domination. Since the practice of vore in reality is physically impossible, and illegal, vorarephiliacs oblige their fantasies through media-only outlets. These outlets are generally fantasy art, fantasy fiction, or hentai.

There are many different types of vore that have been documented. Vore isn’t always necessarily going to involve ingestion through eating. Some vary by consumption through different body parts. These body parts may also be the actual allure of many depictions, not necessarily the consumption part, but the size and strength of that body part. Many vore depictions include the acts being performed by a giantess, since a regular sized person would not be able to accommodate another regular sized person. Vore almost always shows expansion and girth after consumption, such as in the belly or buttocks. These expansions may also appeal to the viewer more than the actual act. These variations of vore may be combined with other fantasies or other categories of vore. This is strictly fantasy role-play and is not realistic in any manner. Some vore includes, well, I’ll just break them down for you. 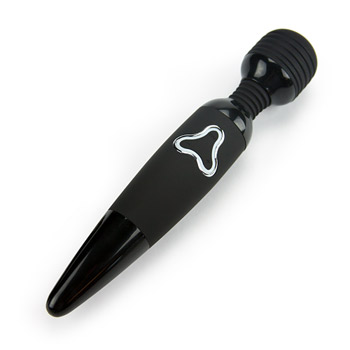 I would recommend using a gag for anyone in an apartment or with close neighbors. You might be screaming with this one. – eghowell


Breast Vore: Breast vore is a fantasy that depicts a person being consumed, not eaten, by the nipples. The person will then rest in the breast.

Cock Vore: Cock vore is the fantasy where the penis may double as a people seeking vacuum. With this vore type, a person is sucked up the dick through the urethra and may rest in someone’s scrotum or bladder.

Vaginal Vore: Vaginal vore is, well, want to take a guess? It’s where a person is taken through the vagina and usually enters the womb. This type of vore is also referred to more commonly as unbirthing or rebirth. That’s a big baby.

Soft vore: In comparison to Hard Vore, it is seen as more sensual. A person is consumed alive and whole through soft vore fantasy and is unharmed before being digested. Death may be depicted through asphyxiation in the fantasies, or may not be shown at all.

Hard vore: Hard vore can also be called gore because of its violent nature. This type of vore depicts a person being ripped, chewed, or torn apart by teeth. A lot of blood and pain is generally shown.
Tags:
Views: 3028 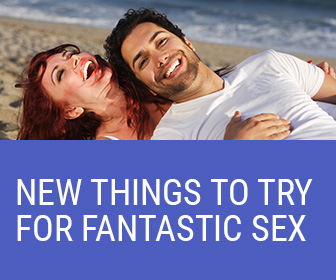