Syphilis: The Silent One 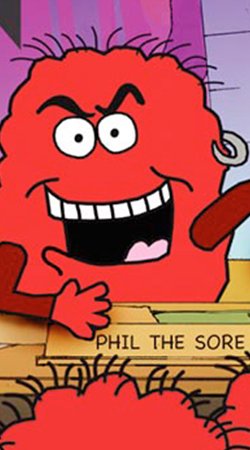 http://www.hivplusmag.com/NewsStory.asp?id=19958&sd=02/13/2009-02/16/2009
Syphilis starts with one sore. You may or may not know you have it as it could be internal. Then you develop a rash a month later; it doesn't hurt, it doesn't itch, and it goes away. Years later you may find that you are positive and didn't even know it. Syphilis is not routinely checked for and the treatment in the early stages in one simple shot. If it goes untreated, you may have irreversible damage to your body.

Syphilis is alive and well.

August 2012 there was an outbreak of syphilis in Los Angeles, California dealing with the Pornography industry. The entire industry was shut down while all actors received treatment and had to wait 10 days before working again.

The Syphilis bacteria can lie dormant in the body for decades with no symptoms. You may be infected and not know it for years. There are four stages of syphilis which don’t always occur in order.

The first sign is a small sore called a chancre. The sore appears at the spot where the bacteria entered your body. You may have more than one chancre. The sores usually develop at approximately 3 weeks after exposure. Infected individuals may not know they even have the sores as they are painless and don’t cause any itching. These sores may actually be inside the vagina or rectum. The chancre heals on its own.

Once the healing of the initial chancre has occurred, you move on to secondary syphilis. Symptoms at this stage can include a non-painful rash somewhere on your body. It can be on your hands, feet, or the main trunk of your body. The rash may appear as rough, red, or reddish brown spots. The rash can also take on other characteristics that mimic other diseases. Many times the rash is so faint that it goes unnoticed. In addition to the rash the person infected may also experience body aches, fevers, sore throat and swollen lymph nodes. These symptoms may come and go for periods of up to one year.

With no treatment the disease can then move into a hidden stage where you have no symptoms. This stage can last for years and since there are no symptoms you don’t know that you have it and are carrying it.

If you have never been tested the syphilis can be in your body for years, even up to 10 to 20 years after initial infection. The late stages can cause damage to your brain, nerves, eyes, heart, blood vessels, liver, bones, and joints. Signs and symptoms of the late stages can include difficulty coordinating muscle movement, paralysis, numbness, deafness, gradual blindness, stroke, and dementia.

Diagnosis is actually not a difficult task. It involves a simple blood test called a Rapid Plasma Reagin (RPR). When you have the initial sore, the sore can be cultured and diagnosis can be made this way too. For later symptoms a spinal tap can be performed and the cerebral spinal fluid tested.

The scary thing is that syphilis is not routinely tested for. Your yearly OB/GYN exam doesn’t include the tests for syphilis or STDs unless you are honest with your doctor and they feel the need to test you for sexually transmitted diseases. The military does perform the RPR blood test in initial examination, but not yearly. Pregnant women are routinely tested as it can be transmitted during pregnancy to the unborn child.

It is suggested that if you are in a high risk category for STDs that you be tested for syphilis.

You could be infected with this disease in your early 20s and carry it into your 50s and not even know that you have it. You could spread it to all of your partners and they too wouldn’t have any idea.

The treatment for syphilis is a very inexpensive shot of penicillin. For persons who have an allergy to penicillin there are other antibiotics available to treat it. This is the treatment in early syphilis. The bacteria can be killed, but once it has progressed to the Tertiary stage there is no reversing the complications of the disease. After an individual has received the antibiotic they are to abstain from sexual intercourse for a period of 10 days. All partners must be treated so reinfection does not occur.

You can be reinfected with syphilis again and again. You need to take protective measures such as: condom use, dental dams, abstinence, and a monogamous relationship. Latex condoms can protect you from the bacteria if the condom is covering the area of the sore.

According to the Center for Disease Control (CDC) in 2010 both women and men in the ages of 20 to 24 are the highest age group that are testing positive for syphilis. There were a total of 13,774 cases reported in 2010. This seems like a low number considering the population of the United States but if people aren’t being tested they aren’t included in the numbers. Many doctors’ offices and hospitals also don’t report the numbers to the state departments of health as they are supposed to be doing.
Tags:
Views: 2392
Related articles