Your Kiss, Your Fist 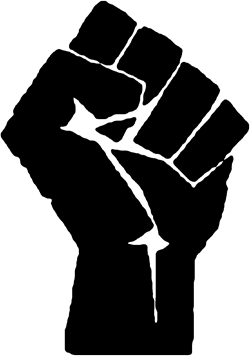 We picked a night and went for a long, slow build-up. I repeatedly implored my boyfriend to go slower, that I wasn’t ready, that I needed to mentally let go a little more. He told me later that I had been a spectacular study in contradictions: my body was fully ready and he’d had to actively work against getting pulled in to honor what my head needed.

When I gave the go-ahead at last, he slipped inside. It hurt like nothing I knew for a few seconds, and then...I was hooked.

• Yona, a thirtysomething kinkster with 10 years of experience as a fistee: “Hope this is useful!”

Seamus isn’t the only one to find real-life situations playing out much differently than one might expect given what little public information is out there. “I really had no idea just how vastly different everybody’s architecture is down there. I really didn’t,” Jake says. “And I had no idea how painful it’d be from MY end [as a fister]! My hand was purple after our first round, and had no feeling for more than a few minutes. Those pelvic floor muscles are stronger than I anticipated, boy howdy.”

My own experience as a fister falls along similar lines. To feel someone else’s orgasm from the inside is both a crash course in physiology and an acid test of just how much intimacy one is truly prepared for. It seems to be this unique mixture of the physical and the emotional that keeps fisters and fistees coming back for more. “I want to be in complete control,” Seamus says, “and I want them to want me to be in complete control—to give themselves over to me.”

As a pornographer who had a good start on my career before I ever busted my cherry, I can relate to Sorcha’s ease in writing something on research and personal connection alone. “There’s some really good info on the Web these days, and having kinky friends to ask for fact-checking really helps, of course,” she says. “Since I pretty much grew up in the gay bar scene, it’s something I’d heard of even though it wasn’t really talked about in the mainstream.”