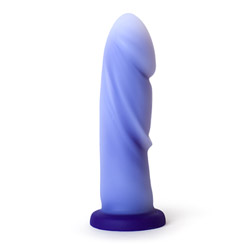 You may not like Vampires, but then again you probably haven't seen their dicks.

My Cush O2 tags
About author