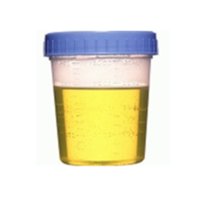 Mountainside Medical
What's this piss about pissing? Learn about watersports, including the clinical term and definition!

Watersports (golden showers, piss play) is known clinically as Urolagnia or Urophilia. Watersports (Urolagnia from here out) are classified as a paraphilia. Urolagnia is the term used to describe the act/pleasure derived from different types of urine play. There are several different variations of Urolagnia, each detailed more in depth under the Common Variations section of the wikipedia article for Urolagnia.


noun, psychiatry
A type of mental disorder characterized by a preference for or obsession with unusual sexual practices, as pedophilia, sadomasochism, or exhibitionism, also called sexual deviation

Treatments for paraphilias are all very similar. Different forms of behavioral therapy are employed in the treatment of Urolagnia, including:

Congnitive Behavioral Therapy- The simplest way to describe CBT is to state that it is the pairing of an unpleasurable stimulus with the act.

Twelve Step program- Admitting that they have a problem and working through 12 different phases as many times as needed to treat the problem.

Group Therapy- Surrounding the patient with others suffering from the same paraphilia to break the denial that it is a problem, and seeking positive alternatives as a group.

Medications- Too many different forms of medication to list, but the medications range from neuroinhibitors to antidepressants.

Remember: Sex isn't nasty! Though it may not be for you, don't hate on others for pursuing their own sexual happiness. If you fear something may be harmful, try educating them more, but don't be an asshole!
Tags:
Views: 2440
Related articles