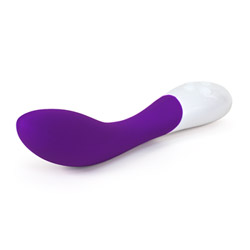 How could I have been so wrong?!

When I received this toy, I was shocked at how much I loved it. For once, I found a toy that is darn near perfect.
Pros:
Powerful
Waterproof
Good for G-spot and clitoris
Quiet
Cons:
Tip is a little pointy
Rating by reviewer:
5
extremely useful review
I never had much interest in Lelo toys. I'd heard they were overpriced and weak, so I didn't bother spending any money on them. I asked a friend what my next toy should be and she pointed me to the Mona 2. I had no intention on getting it at all. After a few months, I decided to try it anyway. Oh, I wasted so much time! I regret not listening to my friend earlier. This is, hands down, one of the best toys I've ever received, and that's really saying something!

The Mona 2 is a deceptively marvelous toy. Starting with the packaging, we see an outer cardboard box with a large picture of the toy on one side. Once you discard that box, we see an inner black box that is beautiful and gift-worthy. Inside the box is a shaped recess where the toy sits. Included are also the charger, the warranty card, and a sample of lubricant underneath the velvety base. You'll also find a black, satiny storage bag. Unlike storage bags that come with some other toys, this one has finished edges and no stray threads. 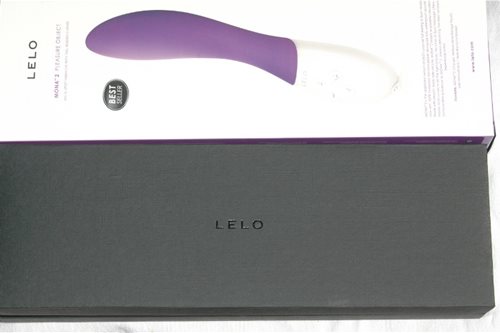 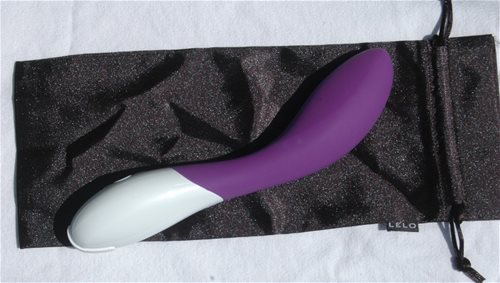 Now onto the toy itself! The Mona 2 is made of silky silicone with a plastic base. This where I say that you should only use water-based lubricant with it. It's 4.5 inches around at it's widest and roughly 8 inches long by my measurements. The Mona 2 is waterproof, quiet and has 4 buttons on it's base. It has multiple speeds and multiple patterns. To turn on, press and hold the “+” button until you reach the desired strength. To turn off or turn down the power, press and hold the “-” button. To scroll through the patterns, use the up and down arrows.

Let's talk about the vibrations. I don't do this very often, but these vibrations are a 5. No question. They're strong and rumbly without a hint of buzziness. Although the handle does vibrate slightly, most of the vibration is located in the silicone end.

I have to say that my G-spot doesn't really care about vibrations. It never has. When I heard that the Mona 2's vibrations can actually call the G-spot to attention, I was more than skeptical. I figured either a G-spot likes vibrations or it doesn't, and mine doesn't. However, when I tried the Mona 2, well, I was shocked! My G-spot did respond to these vibrations!

I didn't think I was going to like the Mona 2 because it seemed like it wouldn't be big enough. It's not that I love really big toys, but more that I don't tend to like small ones. That's not a problem with the Mona 2. The curves are in the perfect places to hit my sensitive spots. The one and only complaint I have about the shape is that the tip can feel a little pokey.

In the end what I love most about the Mona 2 is that it's so versatile! It works well as a clitoral toy and as a G-spot toy. I very much wish I had bought it earlier. This may replace a host of other vibrators I have.
This content is the opinion of the submitting contributor and is not endorsed by EdenFantasys.com

My Mona 2 tags
About author