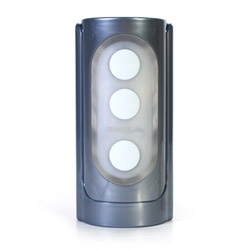 While Silver doesn't quite reach the caliber of Fleshlight it comes damn close. The sensations are powerful, although not as close, the cleaning process is a snap and it's far easier to transport. And yes, the title is a "Nate Silver" reference.
Pros:
Fantastic sensations.
2 Minute cleaning process.
Weird enough to be discrete.
Cons:
Expensive.
Not freestanding.
Sometimes the penis grazes the side casing.
Rating by reviewer:
4
extremely useful review

Tenga, one of the oddest sex toys around, mainly because of how bizarre the design is. 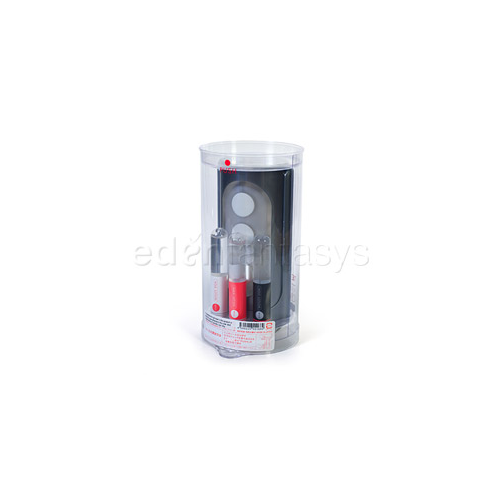 Now consider the questions it raises. What do those buttons do? How about the vials? Is it motorized? Will it vibrate? What’s the texture like? Given the confusing design of the Tenga, it’s paramount to do more than just describe, but demonstrate its inner workings.

While the design is confusing, there’s no misunderstanding that this is a place to put penises. Check out the opening here, it was made specifically for penises. 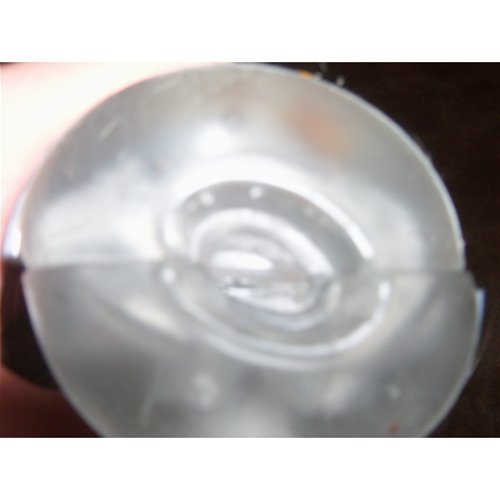 Just don’t make it mad, it has fangs. 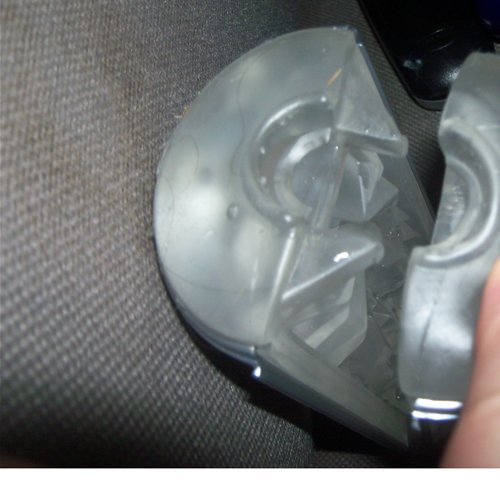 Before explaining how to use this bad boy, first the inside needs to be examined. 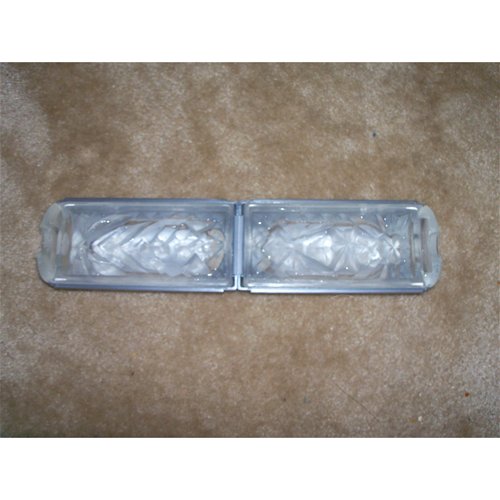 The interior is comprised of countless pyramid grooves, a different design from the nubbles or spirals of most sleeves. More will be said in the texture section, but the difference between the Tenga Silver and a Fleshlight, or even a Tenga Red or Black is important to note. The size of the grooves pushes penis sensation to its maximum, but fails to provide the close, intimate feel of nubbles.

Actually using the Silver may seem confusing considering its size, so let's have a quick run through. Once the Tenga is open, coat both sides of the interior with a water-based lube, and then close the Tenga. proceed to make the Silver talk by opening and closing it quickly, which spreads the lubricant along both sides of the body. One flaw with the Silver is how much lube it requires, cheaper, runnier lubes are suggested to prevent the Silver from taking more money than semen.

Once fully lubricated, it’s time to explain the buttons.

Sadly, they’re not actual buttons and Silver doesn’t vibrate, as shown before, there’s no machinery inside, the buttons are grip indicators. Wherever the Silver is gripped, that’s the tightest area and the further down it goes, the weaker the grip becomes. After choosing the proper tightness and the penis is lubed, stroke until climax.

Given the Silver proclivity for penis nomming, there are limited applications for women and none for lesbians, at least considering the $100 price tag. The best, perhaps only way a woman could utilize the Silver is during a play session with a penis owner, using the Silver to stroke while he uses a toy to diddle her. Gay men will likely get the most out of the Silver due to sheer math, it was designed for penises and a gay couple has twice as many penises as a straight couple and infinitely more (percentage wise) than a lesbian couple.

One final note before the next section are the vials of… stuff that’s always shown in the pictures: they’re lotions. Each lotion is for a different sensation, “warm”, “cold” and “realistic.” They only provide enough for a single use, so save them for when they’re truly needed. Just make sure to use them before the material starts deteriorating.

There are two things of note regarding the texture, the composition and how it varies from other types of sleeves. The interior consists of TPR silicone, which for those unfamiliar should know it’s easy to clean, but only water based lubricants are usable, otherwise there’s a significant risk that the material will be damaged or it may even melt. It’s also worth noting that while the Silver has the pyramid grooves; other Tengas use spirals, nubbles, grooves and other types of interior textures.

Silver is odorless, soft and sleek, like a Fleshlight without the need for starch. It's not realistic feeling, but certainly feels wonderful and the pyramids and less painful than spirals oftentimes are. supposedly the material is supposed to degrade after 50 uses, but that hasn't been a problem yet. Wait for the followup review for a definitive answer.

At first glance the Silver may appear intimidating for new sleeve users, but its build is worse than its bite. While new sleeve users may find it more difficult to slip it onto their penis as it doesn’t fit as well as say a Tenga 3D, nor does it stay in one piece, the fundamentals are unchanged: insert penis here

The Silver is one of the weirdest looking toys and as mentioned, pictures can’t quite convey how it’s supposed to work. The toy itself is a canister, 6.75 inches long and 3 inches wide, with the capacity to hold virtually any size penis and weighs about 1.5 pounds.

While using Silver isn’t rocket science, it looks like rocket science (it’s a penis joke you see) and there are important things to know. If held too tight, insertion won’t be easy, especially if the erection isn’t strong, so the tightness of the Silver should correlate with the firmness of the erection. If held too loosely though, the penis may scrap against the side casing, which when done quickly, hurts like a monkey fighting princess.

The previous sections should answer the biggest questions about the Silver, but how does it perform? Questions regarding actual use have been addressed in the use section, but what about the intangibles? First, how does it compare to the main competition, the Fleshlight?

Surprisingly well. Unlike the Fleshlight, the flip actually provides discretion and is more easily transported. Fleshlights are painfully obvious to most people who see them; they’re sex toys, no ifs ands, but occasionally butts. The Tenga is such an odd design that it’s possible to feign ignorance of its function if found, but it’s still good to have an explanation prepared ahead of time just in case.

Further, unlike the Fleshlight, which is too large to fit into a pocket, the Tenga can fit into a deep enough pocket and be transported from room to room quasi-discreetly. Quasi is the key term here because walking around with an enormous bulge on the side of a leg will still attract attention, claiming it’s a tumor will only work for so long.

Freestanding enthusiasts will find the Silver disappointing however, as the Flipside only creates the illusion of freestanding capabilities. Given the sturdiness of the canister, freestanding use would make sense, but it doesn’t fit into cushions or openings as well as a Fleshlight. Plus if the connecter comes loose and the sides start to separate, the Tenga could flip its side and all of its lube with it.

In each of my sleeve reviews shower and tub usage are cautioned against and this review is no different. Literally, no different, it has the exact same reasons for each one: only water lubricant is compatible with this material, showers and tubs wash away lube too quickly to enjoy, so it’s a waste of money. It’s the same reasons for every sleeve review, lather, rinse, repeat. Since there’s still some space left in this section, anyone want to talk about the election? Those results were interesting weren’t they? Lots of data to discuss. No? Okay, onto the next section, I guess.

Remember that “lather, rinse, repeat” line? Then you already know how to take care of the Flip silver. It’s more complicated than that of course, it needs warm water, and some antibacterial soap, but aside from that, just rinse it out after every use and sometimes before using. There should be a few minutes of drying after cleaning; otherwise any lube applied will wash away. This is where it beats other high end sleeves since it doesn’t require a starch coating, powder, or any other coating to keep it from sticking. Plus The "flipside" makes Silver one of the easiest toys to clean, just open it up. Unlike other toys which need to be turned inside out, flushed with water, or boiled, Silver only needs to be opened by its hinge, lather rinse and repeat.
This content is the opinion of the submitting contributor and is not endorsed by EdenFantasys.com