The Whore Journals: Werewolves, Foot Fetishists and a Trip to Vegas 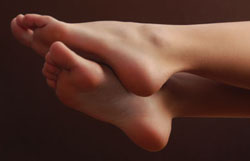 It's my very first professional sex for pay encounter, and I'm having a strange sense of déjà vu. Guess you never know how small the world is... until you meet your first client.
The men were all for the most part very respectful and polite. Many were doctors and lawyers in my suburban area. And they just seemed to be nice, sweet guys who wanted the attention of a beautiful woman, to eat her, touch her, spend time with her. One guy asked if I offered discounts to men who can’t get it up, that he just wanted to cuddle with an attractive naked woman.

I was also curious to see how many guys had secret, submissive fetishes. I know that foot fetish is the #1 fetish, and there was a lot of that. But there were also quite a few guys who wanted to be sex slaves, were into face sitting, urine drinking, being penetrated, eating menstruating pussy, etc. Whoa! This was awesome. And they’ll pay ME?! Not only that, but playing with these guys drastically reduced my chances of getting beat up or arrested. No cop tries to hire you by asking you to pee on him: they ask you for straight-up sex.

So I spent eight hours fielding emails, answering questions, looking into my schedule.

Before I closed shop at 10:30, I went ahead and booked an appointment with a foot fetish guy for the next morning. Then I got a last minute email from a guy who lived only a couple miles away. He said he was in a big house alone with a bottle of wine, and he wanted to worship my feet.

I decided to go for it.

Now here’s the funny thing. I don’t like feet. At all. I avoid looking at them, thinking about them, I never wear sandals, never paint my toenails. I avert my eyes when a movie shows a close-up of feet. Many a person has suggested therapy to get over this aversion, and I’ve long ago made up my mind that something like that can’t be reasoned with or cured. A couple of my friends who knew about this weird hangup of mine were surprised I’d offer foot services, but I told them I would MUCH rather have a guy go at my feet than stick his dick in my pussy…less risk.

And now two men were going examine my feet. Closely. And put them in their mouths. Shit!

I showered and paid special attention to my feet. What would they think of them?! I don’t show them to anyone, so I have no idea if they are nice or ugly. What makes for a nice foot? The one good thing: they are very pale and soft since they never see the light of day, and they aren’t all worn and misshapen the way some feet are.

I finished getting ready and drove to the guy’s house. I called him on the way there and confessed that he was my very first client. The fact that I was a woman en route to meet a man who was a stranger to me, in his home, at night, for sex in exchange for money, wasn’t lost on either of us. “Shit, it’s the full moon,” I said. “I forgot to ask you if you’re a werewolf.”

He laughed and said he wasn’t.

Turns out he was 29 and lived in this sprawling, million-square-foot playboy mansion type ultra swank bachelor pad. We’re talking sunken rooms, steps going up and down all over the place and leading to god knows what, flagstone floors and stone walls, great big wall fireplaces, Jacuzzis, catwalks, even a racquetball court.

He was nervous. He claimed never to have done something like this before. He never told the ex-girlfriend he’d just broken up with that he wanted to explore foot-play, and he was with her two-and-a-half years. I was nervous too, I guess, but also excited.

I told him my superhero identity name and he passed me the cash, which I slipped in my purse. We sat at the kitchen table, drank red wine and talked. He acted very professional. He told me he thought I was going down a very bad path, and wanted to know how I came to post an ad, and Jeeze, he would date me had he met me under different circumstances!

And it was like a fog creeping over my consciousness that I slowly realized that I knew this guy—I had met him under different circumstances. He was the best friend of the brother of the guy I was engaged to for a while. We attended the same family parties! Jesus, it felt slightly incestuous. But he didn’t recognize me.

So I just sat there and smiled and fielded his questions. He was cute, brown hair and eyes, goatee, regular build. And despite his lecture, he was desperate to cross the line with me.

I followed him through a maze to his bedroom, and we sat across from each other in two chairs. The sexual tension between us was high. He asked me to show him my pussy. I did. I boldly shucked my panties and unabashedly showed him my cunt, looking him in the eye. Well I tried looking him in the eye, he was too busy burning (more) holes I my crotch. He asked me to touch myself. I did. He came over and knelt in front of me and slowly peeled off my thigh-highs to get to my feet.

He marveled at them, observed how soft they were; admired the arches. It was then that I realized that a foot kind of has the curves of a woman’s body—they are like miniature women. He kissed them and rubbed them and sucked on my toes and rubbed them on his shirtless hairy chest. My toes curled around the platinum chain he was wearing. He called them treasures. He couldn’t get enough of them…

After he came and things settled down, we sat there and talked with my feet in his lap. He suggested I quit my new business and work in his office doing boring administrative work, but that he’d help me get into some other sex-related field, such as creating a porn website. He had all the equipment and could invest in such a thing. He also offered to take me to Las Vegas for a few days so I could remove myself from the situation. He wanted me to consider his offer, consider him. He said he didn’t mind me dating other men, but that he couldn’t deal with me getting with other men for money.

He was so insistent on this that I finally felt the need to fess up. “Okay,” I said, “I hate to tell you this with my feet in your lap, but …” I squirmed. Immediately, he got an alarmed look on his face, like I was about to tell him I had foot AIDS or something. I finally blurted it out, how we actually knew each other.

Ah, the tangled web we weave.

It was amusing to watch his face transform—like watching a sunrise. He freaked. Not in an upset way, but in a completely incredulous way. “I didn’t recognize you!” he sputtered. “That time I saw you last, a couple years ago, you just looked like a…mom!”

“NOW do you want to whisk me off to Vegas?”

Turns out, he did. He asked me to hold off on my endeavor, go to Vegas with him, and when I returned, I could either start work at his company, or pick up my whore business again. I’ve never been to Sin City, and I knew he could show me the crazy place in style, so I agreed. I’m leaving for Vegas in a day or two.

I left his house and went home, feeling giddy and bizarre. Of course I had my morning foot worship appointment scheduled … and I opted not to tell him about it.

And of course, I took his fucking money.
Tags:
Views: 1751
Related articles