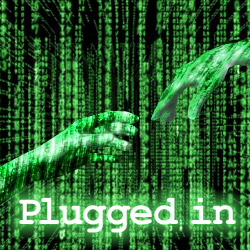 Rogering With Rubber
Rubber toys have been around since the 1940s, but they really came into vogue in the mid-sixties, when they were mass-produced and widely distributed for the first time. Rubber often cracked and broke, and we can assume, considering that Murphy’s Law is especially inescapable in sexual situations, that it probably did so during the worst possible moments!

While rubber toys have continued to improve through the years, concerns over phthalates have forced most of these dildos out of the health-conscious toybox. Phthalates are petroleum-based chemicals to which we’re exposed constantly. While we humans have negative reactions of varying intensity to phthalates in the general environment, phthalates in sex toys tend to leave us itchy (or worse) after use. They’re also the reason why brand-new rubber toys smell a little noxious when they come out of the packaging. For most of us, that’s not too arousing, but for asthmatics and others, it goes beyond killing the mood and becomes a real health problem.

But here’s the problem: CyberSkin is porous, so it’s difficult to clean. It’s also very easy to nick, scratch, or puncture due to that lovely delicacy that feels so good. It can’t be boiled like many other toys. It’s also silicone-based, which means no silicone lube. (That nice soft skin that feels so great is also a pet hair magnet. Ew!) An unofficial poll of CyberSkin aficionados reveals that most of us finally resorted to using condoms on the toys to avoid having to laboriously clean them so often—which pretty much renders the advent of realistic skin moot! CyberSkin is a perfect example of how technology made a better sex toy from the narrow perspective of theoretical use, but in practice, it takes a lot of work to use CyberSkin in a clean and healthy fashion.

G-Spot Glass and Masturbatory Metal
Glass may seem an unlikely candidate for “safe” anything, considering that most of us think of it as a pretty fragile material. However, the technology underlying most quality glass toys is the same technology which is used in everything from laboratory beakers to casserole dishes. That same lead-free, impact-resistant, heat-weathering material so useful in scientific settings and professional kitchens is what makes glass toys surprisingly sturdy. The thickness and smooth polish of glass toys adds another layer of safety; short of a hard impact on a hard floor, not much will ruin them. This is a good thing, since you must throw out your expensive glass toys if you ever notice even a tiny crack, scratch, or ding.

The smallest chinks in the surface of the glass potentially allow bacteria to grow there, and once a glass toy’s structure has been breached, it’s much more likely to break further just with normal use (think of a rock chip in your windshield). As long as your glass remains structurally sound, though, it’s one of the safest toy materials on the planet: No one is allergic to glass; it won’t react to any lube, and it can be easily cleaned with soap and water, or boiled, if you prefer.

Metal toys share glass’s inert qualities—at least, the good metal toys do—and are less likely to acquire play-stopping dings. Metal toys tend to be heavier than expected, and they conduct electricity, offering up quite a variety of edgier play options.

Really, the greatest danger with both glass and metal toys is that the toys are stronger than the orifices we put them in. These toys are very rigid and unforgiving, so the kind of errant thrust that would just be uncomfortable with other toys would leave a bruise or worse with glass or metal.

Put Some Silicon(e) In Your Valley
Of course, the common gold standard in healthy toys is silicone. Over the past 20 years, silicone toys have gone from an expensive high-end option to the most likely substance you’ll run into if you’re paying more than $20 for your jollies. It’s less prone to cracking than rubber, bypasses the whole phthalate issue, is non-porous and easy to clean with soap and water, and today tends to be the best mixture of cheap and easy-to-clean.

The variety of silicone toys is staggering, from highly realistic penises to tentacle-monster fantasy themes to intricately-designed insertable religious idols. Silicone toys are sold as composites, mixed with other materials or as pure 100 percent silicone. Silicone mixed with other materials tend to lower the price tag, but also can cause the same safety concerns found in plastic and rubber toys, depending on what constitutes “other” materials. Silicone lube is especially unfriendly to silicone composite toys and using it should be avoided with any silicone toy. But, that’s really the only downside to this versatile sex toy material.